Or if you’ve already read a few, you might be wondering what you’ve been missing out on that you should catch up on before his latest book in the Jack Ryan universe is published.

The books in each series are listed in chronological order with the publication order listed at the end of each book. If you prefer the order in which the author published them, then start with The Hunt For Red October for the Jack Ryan books and series.

So here is the chronological list of Tom Clancy books in reading order, including the Tom Clancy Jack Ryan series, and the new Campus series starring the new operative Dominic Caruso, nephew of President Jack Ryan, along with Jack Ryan Jr.

Do note though that after the author’s death, several series are being continued by other authors. I will list here all the book in the series, with the co-author named next to each book that was not explicitly written by Tom Clancy. 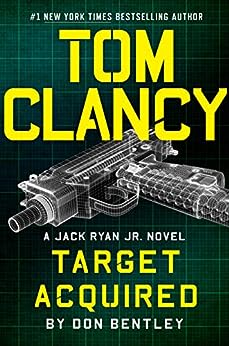 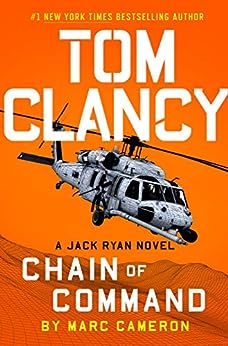 While each series is relatively separate from each other, there are enough overlaps between characters and events that a Jack Ryan Universe has been created, with its distinct chronological reading order, especially after Tom Clancy’s death. Sometimes a book falls under several series, and it is rather difficult to set them apart. The entire list of reading for the Jack Ryan Universe is below.

this is the original series that started the Jack Ryan Universe

I’ve decided to write this post because even after the author’s death, several other authors continued to write the Tom Clancy books, so, thankfully, the series is not dead! Also, there are several series that are interconnect and part of the same Jack Ryan Universe, and often keeping the series separate is not so easy unless you have actually read all books (which I have).

The truth is, Tom Clancy is the author that really brought the military thriller genre to my house. It was The Hunt for Red October which was later turned into a movie (that I still adore as well) the first book that I read by this author.

And incidentally, it is the first Tom Clancy book written as well. I still consider this book one of his best overall, despite the many novels he has put out so far. This book is included in the Jack Ryan series that is really his most popular work (at least in my opinion) of all fiction writings. Once reading The Hunt for Red October (and watching the movie as well), I went on searching to read all the rest of the Tom Clancy books in order.

The Tom Clancy books have been called military thrillers, spy novels, techno-thrillers, political thrillers, simply thrillers, and so many more. This just shows how many genres his books can encompass, how many people it has touched, and how many worlds it has reached. 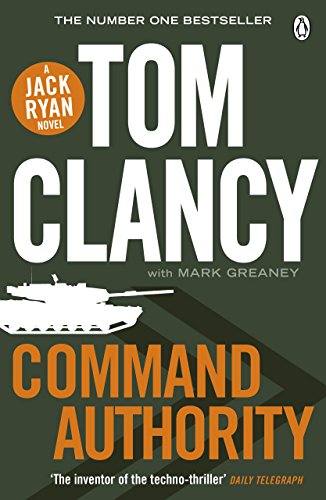 Tom Clancy has written 18 fictional books with the last one, Command Authority, released 2013. Sadly this will be his last novel ever written by him directly.Even this book was, however, co-authored with Mark Greaney.

There are, additionally, further books written in his name, with the latest, Tom Clancy’s Power and Empire authored by Mark Cameron.

If you haven’t picked them up yet, they are well worth reading. Beware though, they are huge books, and I mean that literally. Each book has several hundred pages, and some are really really long. So you will be a truly happy camper if you enjoy reading long novels that you don’t want them ever to end.

I thoroughly enjoy the military thrillers / political thrillers with a heavy military detail and Tom Clancy is right up there with the best.

The Jack Ryan universe is huge and there are a few Tom Clancy books that are separate from this universe like his Net Force series (11 books so far with a 12th coming out next year), Netforce Explorers Universe (18 books), the Power Play series (8 books), the Ghost Reckon Universe series (3 books), EndWar series (4 books), and the one book in the H.A.W.X Universe. If you have read any of these novels, let me know if they are good and I’ll pick them up as well.

In other news, in 2018 Jack Ryan, Tom Clancy’s main character comes to the big screen. John Krasinski will be playing Jack Ryan in the new Amazon TV series, which airs its pilot episode end of August. So far Amazon has ordered 10 initial episodes for the first season and depending on how it goes, it might become a bigger TV series.