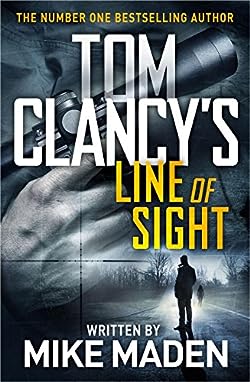 Twenty years ago, Dr. Kathy Ryan restored the eyesight of a young Bosnian girl who had been injured during an attack in the Balkan War. Today, her son, Jack Ryan Jr. has decided to surprise his mother by tracking down the young lady. What he finds shocks them both.

The helpless child has grown into a remarkable woman. Aida Curic is a self-possessed beauty who runs a refugee agency that helps the children of her native Bosnia. Jack finds himself drawn to her, but before he can act on his feelings she’s snatched off the streets of Sarajevo by kidnappers.

In Jack’s desperate search for Aida, he finds himself opposed by everyone from Serbian mobsters to Croatian paramilitary units. The Balkan War may have ended two decades ago, but the region still seethes with ethnic animosities. The deeper Jack plunges into this world the more he faces a disturbing truth, the scars of war fester long after the surface has healed.