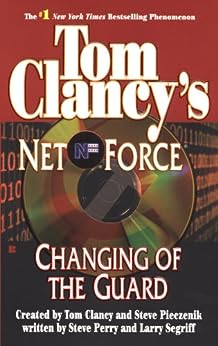 Though the head of a major multinational corporation – and a key player in world affairs – Samuel Walker Cox is a past few people know about. But that group is about to get bigger. A new computer desk has fallen into the hands of Net Force, outing the powerful American businessman is a former Russian spy. Cox is willing to see the world in ruins to protect his name. It’s lucky for the United States that Not Force is on the job – Inn out to prove that no man is above the law.

In this latest installment in the Net Force series, several of the Net Force staffers have decided to retire leaving the agency and introducing new replacements. Jay starts decoding a list of Russian spies, and as he makes progress, a wealthy businessman realizes his name is likely to be on the list, and goes to extreme lengths to prevent Jay from decoding the last bit. He sends an assassin after Gridley to keep him from decoding.

A powerful examination of America’s defence and intelligence systems of the future, Tom Clancy’s Net Force[registered] is the creation of Tom Clancy and Steve Pieczenik