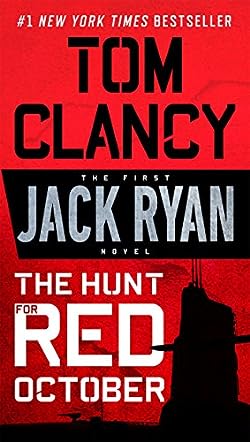 The Hunt for Red October

Here is the runaway bestseller that launched Tom Clancy’s phenomenal career. Top military and intelligence personnel on both sides of the Iron Curtain are reading a remarkable work of fiction – a military thriller so gripping in its action and so convincing in its accuracy that the author was rumored to have been debriefed by the White House. Its theme: the greatest espionage coup in history.

Its story: the chase for a top secret Russian missile sub. Lauded by the Washington Post as “breathlessly exciting.” The Hunt for Red October remains a masterpiece of military fiction by one of the world’s most popular authors, a man whose shockingly realistic scenarios continue to hold us in thrall.

Somewhere under the Atlantic, a Soviet sub commander has just made a fateful decision. The Red October is heading west. The Americans want her. The Russians want her back. And the most incredible chase in history is on…