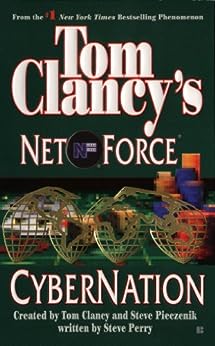 It is 2012. The internet has become the central nervous system of the world and has become the battlefield of international terrorists. A new organization has been established to combat them: Net Force. Within Net Force, the internet division is active in the virtual world, while the Net Force Stike Teams are always ready to continue the fight against crime in the real world.

In Scranton, people trying to call through their server in the morning cannot use their phone. In Austin, all attempts to retrieve emails fail. It appears impossible to reach internet companies throughout Southern California. There are problems with the internet all over the world. There is no web user who is not bothered by it. The chaos appears to be CyberNation’s work: an organization that wants to establish a new, fully electronic nation. Many people find the idea of ​​a virtual country attractive, but the official side does not really cooperate in its creation. That is why the leaders of CyberNation are speeding things up, not shy away from using both virtual and physical violence.

To prevent further escalation, Alex Michaels’ Net Force team is competing with them. The terrorists that are gaining popularity among the population are being attacked on various fronts. But, the Net Force will succeed in stopping CyberNation ..