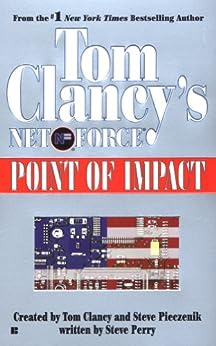 From the #1 New York Times bestselling creators of Op-Center comes a different kind of law enforcement.

It’s the rich man’s drug of choice—and it’s being sold on the Internet for a thousand dollars per capsule. A potent mixture of smart drugs, psychedelics, angel dust, and steroids, it can turn a fifty-year-old into a raging beast of aggression and sexual desire. Now, it’s up to the Net Force to find the source of this dangerous designer drug. Before another rape. Before another murder. Before every user self-destructs…

A powerful examination of America’s defense and intelligence systems of the future, Tom Clancy’s Net Force® is the creation of Tom Clancy and Steve Pieczenik. The book revolves around a recreational drug that makes the user superhumanly powerful and quick, but tends to also cause them to go on murderous rampages.

Net force is asked to help find who created and is distributing a designer drug that makes one feel indistructible. Drug companies also what to get their hands on the formula and sell it to the military. The drug is a combination of Meth, MDMA, steroids, and other highly addictive substances.