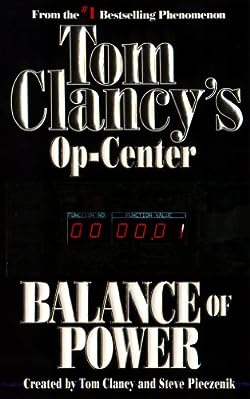 Spain is a nation poised to suffer its worst internal strife in centuries. Certain well-placed Spanish diplomats sense it. Op-Center intelligence corroborates it.

All the United States and Spain have to do is find a way to avert it. Before they can, an Op-Center representative is assassinated in Madrid on her way to a top secret meeting. Now all fears are confirmed. Someone very powerful wants another Spanish civil war–no matter what the cost.

A faithful portrayal of American defense and intelligence systems and crisis management technology, Tom Clancy’s Op-Center series is a creation of the successful author with the collaboration of Steve Pieczenik. They have produced together the most compelling action and strategy novels of recent times.