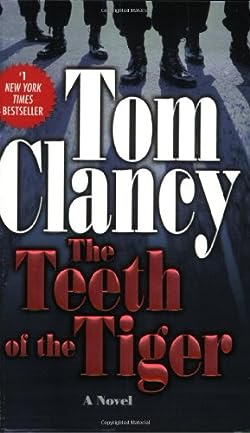 The Teeth of the Tiger

Mohammed sits in a café in Vienna, to propose joining his network of agents and sympathizers in Europe and Middle East with a Colombian’s drug network in America for terrorism, profits and destruction. Off book U.S. top secret agency The Campus for President John Patrick Ryan has the best of the best.

Dominic Caruso is a rookie FBI agent, barely a year out of Quantico, whose decisive actions resolve a particularly brutal kidnap/murder case. His brother Brian is a Marine captain just back from his first combat action in Afghanistan, and already a man to watch. Their cousin is Jack Ryan, Jr.

Jack was raised on intrigue. As his father moved through the ranks of the CIA and then into the White House, Jack received a life course in the world and the way it operates from agents, statesmen, analysts, Secret Service men, and black ops specialists such as John Clark and Ding Chavez. But nothing has prepared him for real world danger.