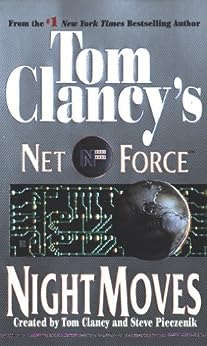 It is 2011 and the Internet has become the world’s central nervous system. If terrorists are going to subvert the new world order, this is where they will strike. A new organisation is therefore needed to deter them – Net Force, a team of highly trained operatives whose homeground is the Virtual Reality world of the Net, with the Net Force Strike Teams at the ready to take the battle into the real world with their own devastating firepower.

When a top-secret cargo train carrying materials for Pakistan’s nuclear weapons programme is destroyed by mercenaries, it’s just the first of a series of incidents in which supposedly bullet-proof encrypted information is stolen and deciphered. Someone, it seems, has got hold of a functioning quantum computer – a computer so powerful it has the potential to develop a consciousness – and in using it to cause global mayhem. If Net Force don’t track the perpetrator down, his demented scheme could re-draw the map of the world forever…

A Union Jack appearing on computer screens all over the world is just a harbinger of the danger to come.  As cyberspace is thrown into chaos, several computer experts suffer strokes while hunting the deadly hacker in virtual reality. One of them is the Net Force’s own Jay Gridley.  And now the Net Force operatives must track down a man capable of cracking every computer code in the world…and pitting nation against nation.