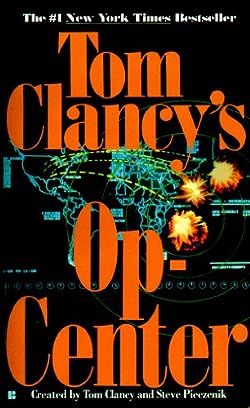 It is run by a crack team of operatives both within its own walls and out in the field. When a job is too dirty–or too dangerous–it’s the only place our government can turn.

But nothing can prepare Director Paul Hood and his Op-Center crisis management team for what they’re about to uncover–a very real, very frightening power play that could unleash new players in a new world order…

A terrorist bomb explodes during a South Korean celebration of the anniversary of the election of its first president. Alarms are raised in Washington. No one is claiming responsibility. The first suspect is North Korea. Could it be making a power play against South Korea and unification? If so, how will the U.S. respond?

Paul Hood, Director of the Op-Center, must answer these questions. The Op-Center, a largely autonomous new agency which takes on the government’s toughest security problems, is only six months old and has never been given a foreign crisis until now.

Hood’s team, which includes a general, a former ambassador, a psychologist, and a computer specialist, tries to find the solution, only to discover a factor that could change the new world order.