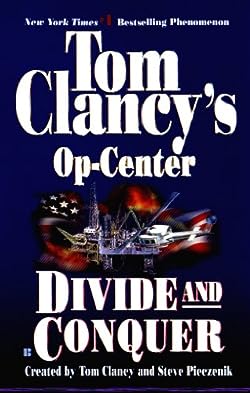 Shadowy elements within the State Department secretly cause tensions to flare between Iran and the former Soviet republic of Azerbaijan. They hope to start a shooting war to increase their own power and profit.

At the same time, the conspirators decide to up the ante — by deposing the president of the United States. In a treacherous scheme, they convince the president that he is mentally unstable, and a silent coup d’etat is within their reach.

On alert, Paul Hood and the Op-Center team race the clock to prevent war, save the president – and expose the traitors. Clancy’s imagination is at its fast-paced best in this gripping tale of statesmanship gone terribly wrong.