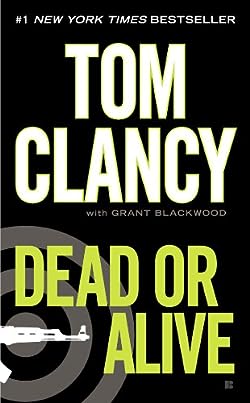 It is The Campus. Secretly created under the administration of President Jack Ryan, its sole purpose is to eliminate terrorists and those who protect them. Officially, it has no connection to the American government—a necessity in a time when those in power consider themselves above such arcane ideals as loyalty, justice, and right or wrong.

Jack Ryan, the former president of the United States, is out of office, but not out of the loop about his brainchild, the Campus, the highly effective, counter-terrorism organization that operates outside the Washington hierarchy. But what Ryan doesn’t know is that his son, Jack Ryan, Jr., has joined his cousins, Brian and Dominic Caruso, at the shadowy Campus.

While a highly effective analyst, young Ryan hungers for the action of a field agent.The Campus has now turned their sights on the Emir, the number one terrorist threat to western civilization. A reclusive figure and mastermind of vicious terrorist acts, the Emir has eluded capture by the world’s law enforcement agencies.

But now with the help of ex-CIA agent John Clark and pro Marine Colonel Ding Chavez the Campus is in on the hunt. The mission: to bring the Emir in dead or alive.