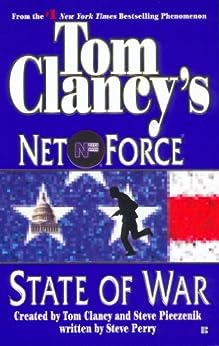 Minor viruses are eating away at the Net Force computers. The e-mail shut-downs and flickering monitors are hardly emergencies—but they’ve been keeping the tech department hopping. Same with the sudden rash of time-consuming lawsuits. No one in Net Force has a moment to spare, which is exactly the way Mitchell Townsend Ames wants it. Because when the shadowy mastermind launches his master plan, he wants Net Force to be looking the other way…

The threat of the book is a wealthy lawyer who is trying to take over the world and failing. He’s busy suing Net Force for their military assault on CyberNation in the previous book, and probably would have won the case if his other interests hadn’t interfered.

This installment is about a key member of the evil Cybernation group who hires a hacker to release a series of viruses upon the net. Netforceuse VR (Virtual Reality) to track down their subject and they use VR to do various analysis and data mining. A fair amount of time is spent on character development, especially for John Howard and Alex Michaels. The reason becomes apparent as the story unfolds.