Last Updated on March 3, 2020 Linda Howard is the author of numerous popular romance and romantic suspense novels, some included in series such as Blair Mallory, and Rescues, while others are standalone books.

Here are the Linda Howard books in order for her numerous stories. Please note that the contemporary and historical romance books, like the Western Ladies, are not included in this list, as they are beyond the scope of this site. 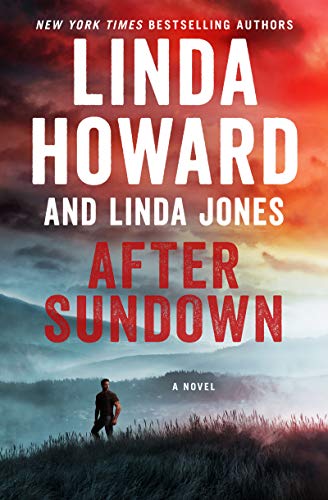 Linda Howard was born in 1950 in Gadsden, Alabama and she grew up in Walnut Grove. She first started to write books at the very young age of 9 (the story of two children lost in the woods), and she never stopped writing ever since, creating new tales several times from those early times.

She loved reading from a young age, Gone With the Wind by Margaret Mitchell being one of her favorite stories.

Linda enrolled at the Gadsden State Community College to study journalism, however, after a semester she dropped out because writing stories seemed much more interesting for her than real-life stories.

Thus she went on to work at a trucking company, at  Bowman Transportation, where she stayed for 17 years. This is where she also met her husband, Gary F. Howington.

Some 20 years after writing books, in 1980, she contacted publishing houses and agents to get her first manuscript released. In the process, she did a lot of research about publishing at the library, so she would pick the right publisher.

Two years later, in 1982, her first book, All That Glitters, a contemporary romance novel, was published by Silhouette. Since then, she has written numerous books, first in the contemporary and historical romance genres, soon moving onto writing hot and sexy romantic suspense, which is a genre she is still writing today.

So far the Linda Howard book list includes over 50 (if not 60) books. However, here we only list the romantic suspense stories, so the list is somewhat smaller. 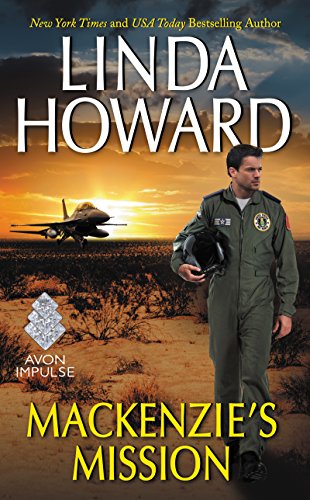 The author was always fond of men in uniform. In an interview, she mentioned that “when they put on that uniform, that is proof that they are willing to put themselves between you and danger.” So from her passion for army men and Tomcats, the novel Mackenzie’s Mission, book #2 in the Linda Howard Mackenzie series, was born.

In the book, we have top-secret projects, men in uniforms, and, of course, fighter planes. Not to mention lots of adventure and romance. It features Air Force Colonel Joe “Breed” MacKenzie, and civilian Physicist Caroline Evans who both get to work on the project involving some new Night Wing prototypes and who both get attracted to each other.

While there are several books by Linda Howard in series, the latest novels are mostly standalones, with The Woman Left Behind being a new one published in 2018. Incidentally, it also features the military in the book. Jina Modell works for a paramilitary organization, in Communications.

While she is a tech geek, she is assigned to a task that requires from her heavy physical activity, so she has to go through very rigorous training. Levi (called Ace), the team leader, initially looks down on her and doesn’t trust her skills. But as usual with this genre, soon things will change.

Linda usually writes two books a year for major New York publishing houses, so we should see another book (probably another standalone) towards the end of 2018 as well.

The latest publication is in 2020, titled After Sundown, which will most probably be another New York Times Bestseller.

One of my personal favorites of the genre, she’s a founding member of the RWA (Romance Writers of America). She lives in Gadsden, Alabama, with her husband, Gary F. Howington, and their two beautiful golden retrievers, where she works on her next book. Many of the author’s tales earned prestigious awards, and one of her short stories, Loving Evangeline, was made into a movie with the same title.