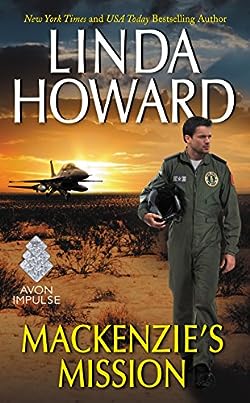 by Linda Howard
Book #2 in the Mackenzie Family series (1992)

Someone on the inside was sabotaging Night Wing’s weapons system, and Joe Mackenzie had his money on Caroline Evans — a beautiful blonde as bristly as women came.

Easier to look at than to deal with, Caroline was everywhere she didn’t need to be and had the power at her fingertips to ruin what he’d struggled so hard for.