Last Updated on April 12, 2021 Reading the Janet Evanovich books in order makes for such a pleasant trip to the world of the quirky, wacky and funny Stephanie Plum, the only one of her kind. The author also wrote several additional series, mostly light mystery, and even a few chick-lit novels.

Here are the Janet Evanovich books in order for her funny mystery series, especially her Stephanie plum wacky series. 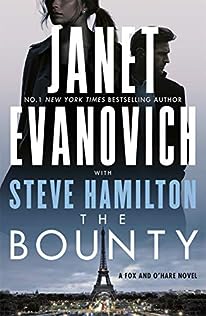 Janet Evanovich was born in 1943 in South River, New Jersey. She attended the South River High School, after which she went to the Douglas College to study art, majoring in fine arts.

While painting was something she did, it never really felt part of her true nature. And soon enough, in her thirties, she started writing.

Knowing that secretarial works was not for her, and armed with the money ($2000) she got from her first writing gig, she decided to quit her temp job and focus full time on writing romance novels.

About 5 years and twelve romance novels later, Janet Evanovich decided it was high time to change the themes of her books, moving from steamy, sex-laden romance novels to action-packed mysteries, a switch which sent her on a two-year journey of learning the ways of the police, as well as shooting.

At the end of the two years of soul searching and training, she was ready and Stephanie Plum was born.

Because romance was still part of her heart, she could not completely move away from it, so the books in the series became romantic suspense novels evolving around the rookie bounty hunter Stephanie Plum, who is trying to find her stumbling way in the world of the hardened bond enforcement agents.

Janet Evanovich lives with her husband Pete in Florida. Her family, including her husband, son, and daughter work for her company, Evanovich Inc, is somehow involved in the author’s work.

I picked up the first book back in the day shortly after it was published in mid-nineties and have caught up with the series ever since. Many have tried to imitate Stephanie Plum’s style, but many – if at all – succeeded.

The first book in Janet Evanovich series titled One For The Money was published in 1994, and upon it receiving overall positive reviews and lots of kudos and praises, Janet Evanovich decided to continue the series, much to the delight of her fans. The series was born when the author was 51.

In 2012 One For The Money was made into a movie with Katherine Heigl as Stephanie Plum. So far author Janet Evanovich has over 75 million books sold worldwide in several languages with over 45 books written to date.

While working on the Plum series, in 2010 the author also started a second one called Wicked series (also called Lizzy & Diesel series), while in 2013 she started on her third one called Fox and O’Hare series. Finally, in 2016 a new Janet Evanovich series was born with the title Knight and Moon. The series currently has two books. All her series are crime mysteries involving police and evil villains.

In addition to these series of books, the author has also written a romantic series titled Full, as well as several standalone novels. Many of her books were co-authored with other writers including Charlotte Hughes, Leanne Banks, Phoef Sutton and Lee Goldberg. 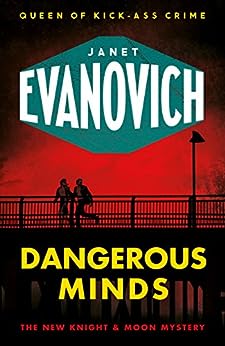 A new Stephanie Plum novel was published later the same year with the title Hardcore Twenty-Four, which takes Stephanie Plum to even more troubles than she was in before.

The next book released is Look Alive Twenty-Five, which brings Stephanie to new dangers, some which might just involve an alien abduction or two. But what does a shoe have to do with all the obductions, anyway?

We once again meet Grandma Mazur, Lulu with her extravagant clothes, not to mention Morelli, Ranger, and Diesel, since Stephanie, after all these books, still can’t decide whom to choose. Well, she is, technically, with Morelli, but the temptation is strong…

Also, you’ll see Stephanie’s struggles to find her targets and bring them back to the police. And when she’s dealing with at least 3 cases of her own, one involving a snake as a house pet, things are becoming more and more complicated.

All the Stephanie Plum books come out around Thanksgiving, in November, so some readers started to call her series the Thanksgiving Series. Since Stephanie Plum always gets herself into the silliest of troubles and the series is light-hearted and can be read by the entire family, it might as well be a series to read over Thanksgiving.

If you’ve picked up one of the latest books, it’s worth going back and reading the previous Janet Evanovich books in order, especially for the Stephanie Plum series. Otherwise, I fear the comical issues with Morelli, Diesel, and Ranger won’t make all that much sense.