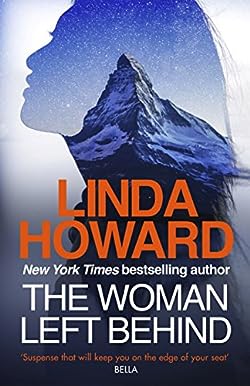 The Woman Left Behind

A battle-hardened warrior will risk himself to help the woman he loves escape from deadly enemies in this thrilling, edge-of-your-seat novel of romantic suspense from New York Times and USA Today bestselling author Linda Howard

Levi Butcher is singularly devoted to his work. As team leader for the GO-Team, his unwavering focus is on the mission. Levi knows all too well that one minor distraction can hold deadly consequences. But with the soothing, sensual voice of “Babe,” the team’s communication expert, constantly in his ear, keeping his concentration on the dangerous work at hand is becoming extremely difficult.

Jina Modell definitely doesn’t feel like a “Babe,” especially when she’s working with the gruff, no-nonsense Levi. When the base where she’s stationed is attacked, Jina manages to escape but the rest of the team, working some distance away, is exfiltrated, thinking Jina died in the explosion—leaving her stranded. To survive, she’s got to figure out how to get back to safety before she’s discovered by the enemy.

Levi would never willingly leave a soldier behind, especially a brave woman whose sweet voice haunts his every thought. Once he discovers Jina is alive, the tenacious warrior will walk into fire to save this intriguing woman who has captured his heart.