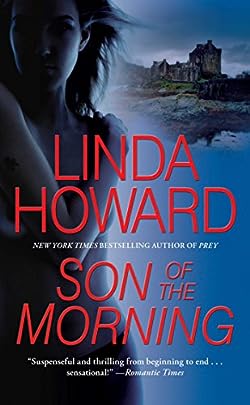 Son of the Morning

A scholar specializing in ancient manuscripts, Grace St. John never imagined that a cache of fragile, old documents she discovered was the missing link to a lost Celtic treasure.

But as soon as she deciphers the intriguing legend of the Knights of the Templar — long fabled to hold the key to unlimited power — Grace becomes the target of a ruthless killer bent on abusing the coveted force. Determined to stop him, Grace needs the help of a celebrated warrior bound by duty to uphold the Templar’s secret for all eternity. But to find him — and to save herself — she must go back in time.

Summoning the magic of an arcane ritual, Grace steps back to the barren hills of 14th-century Scotland, enduring the perils of an untamed land to confront Black Niall, a fierce man of dark fury and raw, unbridled desire. Driven by a mix of fear and passion, Grace enlists this brazen knight to join her in a modern-day search for a killer. In their quest to protect a timeless secret, they uncover a love for all time — and a deadly duel of honor that risks everything they have.