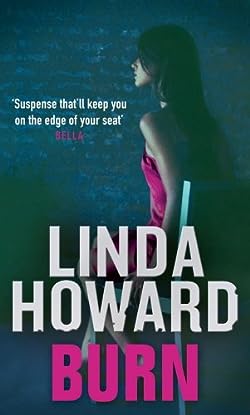 Money changes Jenner Redwine’s life when she wins a lottery jackpot. But it also costs her plenty: Her father rips her off and disappears, her fortune-hunting boyfriend soon becomes her ex, and friends-turned-freeloaders give her the cold shoulder when she stops paying for everything.

Flush with new money, Jenner can’t imagine ever finding a place in the world of the wealthy. Seven years later, though, she’s rubbing elbows with the rich, despite the fact she still feels like a party crasher. Luckily she finds an ally–-and a guide to the rarefied realm of privilege–-in shy, kind-hearted heiress Sydney Hazlett, who quickly becomes Jenner’s confidante and surrogate sister.

When Sydney invites Jenner on a charity cruise aboard a luxury liner, Jenner reluctantly agrees. But while she’s expecting–-and dreading–-two weeks of masquerade balls, art auctions, and preening glitterati, what she gets is more like a Hitchcock movie than a Love Boat episode.

Taken hostage by a menacing stranger, Jenner must cooperate in a mysterious cloak-and-dagger scheme-–or else. With nowhere to run, and with Sydney’s life as well as her own at risk, Jenner is drawn into a game of dizzying intrigue and harrowing danger. But as her panic gives way to exhilaration, and fear of her captor turns to fascination, Jenner rediscovers feelings she hasn’t had in years–-and realizes she’s found a life worth living. If she survives.