Last Updated on July 12, 2021 Reading the Lisa Jackson books in order means gosh! you’ll be at it for a long time because the author has written tons of books as part of several romance, historical romance, romantic suspense, mystery and thriller series, including one of my favorite series, To Die/Montana.

Lisa Jackson is a full-time writer with over 85 books under the belt including many series and even more standalone novels. She also writes under the pen name Susan Lynn Crose.

Here are the Lisa Jackson books in order for her romantic suspense and thriller novels in order of publication. If the reading order is different, it will be listed so in brackets. 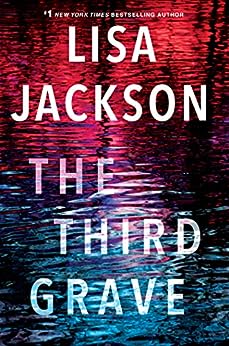 Susan Lisa Jackson was born in 1952 in Molalla, Oregon, sister to the author Nancy Bush with whom she co-authored the Colony romantic suspense series. In college she was an English major, however, she never really dreamed of becoming a writer like most other authors are thinking about from a very early age. She loved reading, especially, mysteries and horror novels, as a child.

It was her sister, Nancy Bush, who gently nudged her into writing the first novel in 1981 after reading a newspaper article on how stay at home mothers can make money by writing romance novels in their spare time. She was working at the time as a babysitter, struggling to put food on the table, when Nancy showed her the article on romance writers working from home.

She was getting tired and bored of changing diapers, so once the decision of writing books has been done, the sisters started writing short stories, some which have been rejected, other which have been approved. This got them hooked on writing book after book.

Initially, writing romances were not really her thing since she was not reading a lot of romances at the time. Her reading genre was mysteries. But one day, while the kids she was watching were asleep, she began writing. At the end of the day she realized she had written seven pages of what would become her first book, a romance titled Stormy Surrender.

The book didn’t sell because the story was mostly suspense and not so much romance, which is what the sisters were trying to sell it to publishers as. This was back in 1981 when the two sisters begin writing their romance novels.

Soon, however, the sisters realized that their styles and strengths differ from another. While Nancy Bush gravitated towards romantic suspense novels, Lisa Jackson had a knack for mysteries and hardcore thrillers involving serial killers and gruesome murders. Before moving on to mystery and suspense, Lisa Jackson wrote over 50 romance novels. However, her heart was always in suspense.

The Nancy Bush and Lisa Jackson siblings went on their separate ways to make their own mark in the world of writing novels. They do write several series together (including the Colony and Wyoming series), but for the most part, each writes their books on their own. One of the latest Lisa Jackson books was again written with Nancy Bush, titled Last Girl Standing, published early 2020.

Before writing her books, Lisa Jackson writes a 50-60 page synopsis for her stories, which takes her about two months to come up with. Next she works on the actual book for three to four months, and over a year she cranks up 2-3 books. Still, she doesn’t really know her characters all that well until she’s over 150 pages in her manuscript. As the characters are popping in and out of her books, she often has to go back to the beginning to adjust the story accordingly. She first finds interesting situations she can put her characters in, and then the characters enter her story.

Lisa often mentioned that she is happy and lucky to write in the very genre she loves reading, which includes, mystery, suspense, romance, and teen books. She has currently over 30 million books in print across the genres, and over 40 bestsellers so far. She also writes under the pseudonym Susan Lynn Crose, writing her Medieval Trilogy historical romance series.

Besides writing books, Lisa Jackson is involved in various charities, some of which help animals.

14 Responses to “List of Lisa Jackson Books In Order”