Reading the Harlan Coben books in order entails picking up the author’s popular Myron Bolitar starting with Deal Breaker, and the young adult Mickey Bolitar series. He also has several standalone novels, and those can be read in any order you choose, of course.

New York Times bestselling author Harlan Coben has been one of my favorite writers for a long time. The first book I’ve read by him was a standalone thriller called Play Dead, which was years before he started his popular Myron Bolitar series.

Without further ado here are the Harlan Coben books in order for his popular two series, and his chilling standalone thrillers. The books are listed in publication order and chronological order. 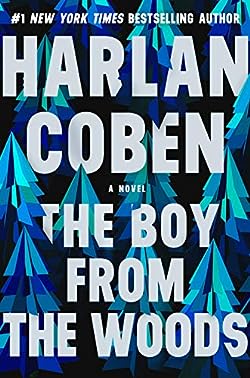 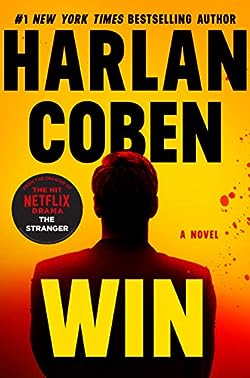 Harlan Coben was born in 1962 in Newark, New Jersey to a Jewish family. He still lives in New Jersey (Ridgewood) with his wife, a pediatrician, along with their 4 children.

He attended and graduated from Livingston High School. Later on, he went to Amherst College where he studied political science. During this time he belonged to the same fraternity (Psi Upsilon) with the author Dan Brown, also was a member. Dan Brown is well known for his Da Vinci Code thriller, belonging to the Robert Langdon thriller series.

After graduating from college, Harlan Coben took the first job within the family, working for his grandfather who owned a company in the travel industry as a travel agency. His passion for writing came about when he was in college in his senior year. He got his first book published at the age of 26, in 1990 with the title Play Dead, a romantic suspense novel.

After the publication of his second standalone novel, Miracle Cure, a medical thriller, in 1991, he started his by now very popular series Myron Bolitar, featuring a basketball coach who turns to solving crimes.

Knowing that Harlan Coben played basketball in college (his impressing height also shows it –  6ft 4ins), his choice for the main character of the series doesn’t seem all that random.

2016 is the year which makes an interesting career change – a shift in Harlan Coben. He has written a drama for British TV  (Sky One) called The Five. It is a unique story not drawn from any of his books. 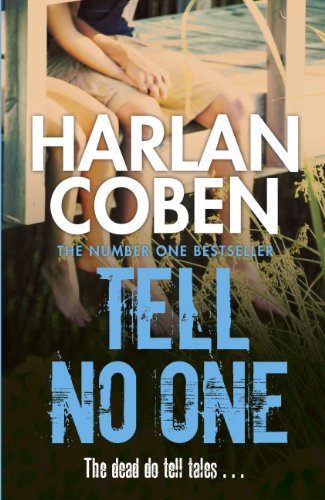 The first standalone novel after writing the books in his Bolitar series is Tell No One, and I think it’s pretty much my most favorite book by him (and I love all the Harlan Coben books). It is also the novel which was turned into a French film in 2006.

Tell No One, published in 2001, features Dr. David Beck, whose wife died during one of their trips to the lake to celebrate their anniversary. When he is attacked and he hears his wife’s screams, once he wakes up he is told that his wife died in the ambush.

After eight sorrowful years where he can’t get his wife out of his head, he receives a strange email which makes his doubtful that his wife is, indeed, dead. This starts his chase after the ghost of his wife and his investigation of what actually happened those eight years ago.

Harlan Coben’s books have earned him numerous awards, including the Edgar Award, the Shamus Award, and the Anthony Award. He is, in fact, the first author to receive all prestigious awards for his novels. Several of his novels have been on the #1 position of the New York Times bestselling list.

The Harlan Coben Myron Bolitar series starting with Deal Breaker focuses on Myron, a hothead sports agent who once upon a time was an FBI agent, and now has several clients, which who has issues that Myron has to solve. The Myron Bolitar books are highly entertaining and more often than not humorous, making them very different from the Harlan Coben standalone thrillers. The next books, Fade Away, Drop Shot, Back Spin, One False Move, The Final Detail, Darkest Fear, and the rest of the publications have been equally well received both by the readers, critics and reviewers alike. The publication order is the same with the reading order for these novels.

The Mickey Bolitar young adult spin-off series has as main protagonist Micky, sports agent Myron’s fifteen-year-old nephew who went to live with his uncle after his dad was murdered and he got to witness the deed. His mom is in rehab, so Micky is alone, thus the need to move to Myron’s house.

Mickey was first introduced to the series readers in Live Wire, book #10 in the Myron Bolitar series. Mickey is just as clever and quick-witted as Myron, and he likes to solve puzzles and interesting cases just like his uncle.

The latest novel by Harlan Coben is Run Away, a standalone thriller published early 2019. Of course, reading the Harlan Coben books in order only involves his Myron and Micky Bolitar series, since the standalone novels can be read in any order you choose as they all feature different main (and secondary) protagonists. Well, except for Don’t Let Go, where Myron makes a cameo appearance, a wonderful treat to the Myron Bolitar series fans, but he is no way has an important (or even partial) role in the case at hand.

Some of his other popular standalone novels I most enjoyed are No Second Chance, Fool Me Once, The Stranger, Missing You, Six Year, and Run Away.  I might be in the minority here, but maybe because I started reading first his standalone excellent psychological thrillers, I prefer them to his series. They are much more suspenseful, much darker and much more “edge of your seat” type of books.

The latest Harlan Coben book is titled The Boy From the Woods, and is a standalone psychological thriller novel, published April 2020. 2021 will see the release of Win, the latest Harlan Coben novel, which this time focuses on one of my favorite characters in the Myron Bolitar series: Windsor Horne Lockwood III, aka Win.

9 Responses to “List of Harlan Coben Books In Order”