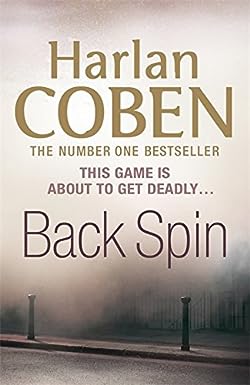 During the US Open Golf tournament, the teenage son of the professional golfers Linda and Jack Coldren is kidnapped.

Could it have anything to do with the fact that for the first time in 23 years Jack has been performing top-level on the golf course again?

The kidnapper has threatened to kill the boy if the police are brought in. He also demands money. But when Myron goes after the missing boy, he crashes through a crowd of lowlifes, blue-bloods and liars on both sides of the social divide.

To help get the boy back, sports agent Myron Bolitar goes charging after clues and suspects from the Main Line mansions to a downtown cheaters’ motel–and back in time to a U.S. Open. And when family skeletons start coming out of the closet, Myron is about to find out how deadly life can get.