Last Updated on October 12, 2021 John Grisham is a popular author of legal thrillers such as The Pelican Brief, The Firm, A Time To Kill and  The Client, many of which have been brought to the big screen.

Here are all the John Grisham books in order. Most of his novels are standalone books, so they can be easily read in any order that you choose; however, if you are like me (and other ‘reading in order’ lovers), you will find this list quite useful.

I put the list together a while ago and kept updating it in a Word document on my computer, as the author has written so many books, I really didn’t want to miss out on any of them. 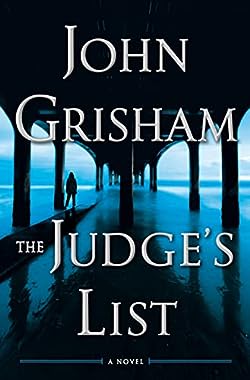 Theodore Boone is a young guy of age 13 who spends more time in courtrooms than anywhere else. While he is not a real lawyer, he loves giving advice to anyone who is asking.

John Grisham was born in 1955 in Jonesboro, Arkansas. After graduating from  Mississippi State University, he attended the  University of Mississippi School of Law, after which he worked as a criminal lawyer. Between 1984-1990, he served in the House of  Representatives in  Mississippi.

Having been a criminal lawyer for about a decade, the author has plenty of knowledge to infuse his books with, and this shows greatly.

No wonder so many of his books have been adapted to movies, as they are not only chilling and suspenseful but also very realistic.

Along with Tom Clancy and J.K. Rowlings, John Grisham is one of the few authors who has sold 2 million copies of first printing books.

His first novel, A Time To Kill, published in 1989, 4 years after he started writing it, has an interesting genesis. Having been a lawyer for so many years, one day he heard a young girl telling her story to the court, and he got so interested that went to listen to the whole case. And so his first idea for a book came to life.

I seriously doubt I would ever have written the first story had I not been a lawyer. I never dreamed of being a writer. I wrote only after witnessing a trial.

As soon as he finished writing A Time To Kill, he was already working on his second novel, The Firm – which ended up to be pretty much the book that propelled him into instant fame. Even if you’ve never read The Firm, I’m sure you’ve at least watched the same-titled movie with Tom Cruise.

Until 1996 the author got the serious writing fever and wrote a novel a year. In 1996 he took a small break from writing to go back to being a lawyer with a case that he won.

However, his main career nowadays is still writing books (“thank God for that” say all his loyal followers).

One of my favorite John Grisham book is The Guardians, a standalone legal thriller novel. It features the Guardians, a group similar to Project Innocence, which takes on the case of Quincy Miller, a young black man who was framed for killing Keith Russo, his lawyer. Cullen Post, who founded the Guardians, is its sole investigator, so he takes on the case and starts checking the facts. However, here he might have gotten more than he bargained for when some powerful people are ready to kill again just to keep their secret hidden.

The Whistler is the latest series featuring lawyer Lacy Stoltz, an investigator for the Florida Board on Judicial Conduct.