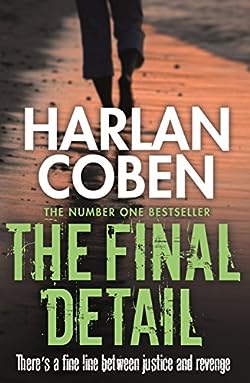 Myron Bolitar’s colleague at MB SportsReps, Esperanza, has been arrested for the murder of a client, a fallen baseball star attempting a comeback. Myron is determined to prove Esperanza’s innocence—even if she won’t speak to him on the advice of her lawyer, who warns Myron to keep away from both the case and his client.

But Myron is already too close, too involved, and has too much at stake. And the closer Myron gets to the truth, the more the evidence points to the only viable suspect besides Esperanza: Myron himself.

To solve a case as bizarre as it is difficult, Myron will be obliged to view it from the strangest angles: a transsexual nightclub, a baseball owner with a long-lost daughter, a dubious drug test, an impossible murder scene, and a computer disk with the image of a disintegrating girl. But most bizarre of all is that as he tries to unearth, Myron’s own investigation points to only one other suspect: himself…as this spellbinding novel twists, jolts, and careens towards its dazzling finish.