Last Updated on January 10, 2022 The Gregg Hurwitz books in order focus on three main series by the New York Times bestselling author, including the Tim Rackley series (crime mystery), his newer Orphan X series (thriller), and Rains series young adult. In addition, he wrote several standalone novels that will be listed below as well.

Here are the Gregg Hurwitz books in order for his popular series and standalone novels. We will update the list with new books as they are published. 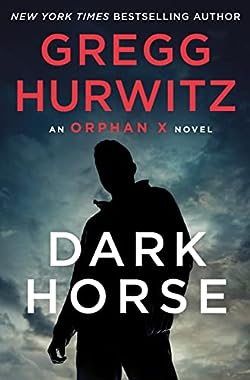 Gregg Andrew Hurwitz was born in 1973 in San Francisco Bay Area where he also grew up among a family of physicians. So he got used early on to talk about severed fingers, blood all over the place and mutilations (aka surgery), which is something many of his books reflect as well.

He attended the Bellarmine College Preparatory in San Jose, following which, he enrolled at Harvard University from where he received his Bachelor of arts degree in 1995.  During this time he worked on the first draft of his first novel, The Tower, a psychological thriller novel set in San Francisco.

Next, he attended Trinity College in Oxford, where he received his Master’s Degree in 1996 in Shakespearean tragedy.

During that year, he became an undergraduate scholar-athlete of the year at Harvard for pole vaulting. While in England on the Frank Knox Fellowship, he also played college football (soccer).

His first standalone novel, The Tower, was published in 1999. Two years later, he followed it with Minutes to Burn, another standalone book, and Do No Harm, which was released in 2002.

In an interview, he mentioned that he always wanted to write, it was his life passion. He started reading books at a very young age, reading Stephen King and Peter Benchley and feeling all the emotions those authors evoked in him. He then wanted to, one day, also evoke the same strong emotions in his own readers by writing captivating books.

Many of the Gregg Hurwitz books have been shortlisted for best novel of the year by ITW (International Thriller Writer), and were nominated for the CWA Ian Fleming Steel Dagger. In addition, books by Gregg Hurwitz were picks for Book Sense (which later became IndieBound), and were selected as feature books by many literary book clubs. 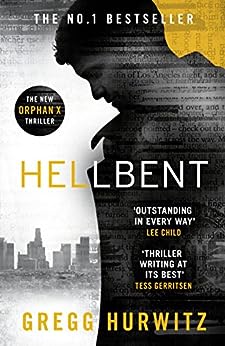 His books have so far been published in 30 languages. Currently, there are 19 Gregg Hurwitz novels with the latest one published in 2018 titled Hellbent. It is the third and latest Nowhere Man book in the Orphan X series.

When he is doing research for his books, Gregg is very thorough and he picks up interesting ideas that he can incorporate into his novels. For example, for Orphan X, he read an article about a medical product that doctors use to track insulin levels in diabetes patients, and through this article, the author got the idea of using something similar as a GPS tracker.

Lots of research is also done directly in the field by him going to locations and talking to people who walk the talk (snipers, operatives, etc), or even shadowing key people on stunt planets, or in deep water surrounded by sharks, or sneaking onto demolition ranges. This way, Evan Smoak, his Orphan X main character, feels genuine to the core.

The Orphan X series’s main character is Evan Smoak, a deadly operative who got out from the undercover organization and now lives in the shadows doing good, helping all those who can’t help themselves. Maybe even trying to atone for some of his past sins. 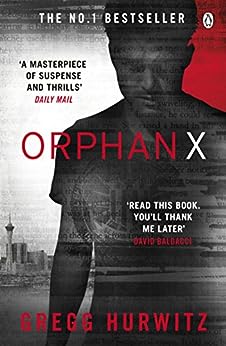 Evan was taken from the orphanage and was raised and trained to become one of the most deadly assassins alive today. For the longest time, he was part of the Orphan Program, which trained him to become what he is today.

But when he wanted something else from life, he used everything he was taught to disappear and become The Nowhere Man. Because one does not simply leave the Orphan Program unless in a body bag. But Evan did it, knowing that he will never be safe from those who want to find him and take him down for good.

We first meet him in Orphan X, where we learn about his past and his trajectory so far. We also learn that he left the Project and is now helping people. Except there is someone after him, someone who knows he is The Nowhere Man and wants to eliminate him. For good.

In The Nowhere Man, Evan wakes up in a gilded prison, and he has to figure out what happened, why he is there, and how can he ever leave.

In Hellbent, we first meet Joey, a recurrent character in the Orphan X series, whom Evan has to save and protect. This was Jack’s last wish for Evan, one that he simply has to abide by.

In Out of the Dark, someone has decided to get rid of the whole Program and make everyone involved in it disappear. So now Evan has to go after the very person who started the program in the first place: the U.S. President.

In Into the Fire, Evan Smoak is back once again helping people, but this time, he wants this case to be his last as The Nowhere Man. He wants out, so he can live a comfortable and easier life. Maybe with Mia if she will ever forgive him. But will he be given that very chance?

In addition to novels, he also wrote the screenplay for movies and TV series (such as V and Black Flags), including the film The Book of Henry, a movie drama released in 2017 featuring Naomi Watts. In 2012, the author became the comic book writer of Batman: The Dark Knight for DC Comics. He is also writing comic books for Marvel, including Wolverine and Punisher.

The way he got involved with Marvel was when the editor-in-chief of Marvel read some of his books and, as many dealt with violent vigilante topics, which were quite in line with many Marvel stories, proposed him the offer to work on a Marvel character.

He is an author who can safely say he wrote in every medium he could: books of his own, comic books, and scripts for TV series and movies.

The Orphan X book will be soon turned into a TV show. The film rights have been bought by Warner Bros, and Bradley Cooper was to star in the main role, but the movie never got made, so now it will become a TV show. In 2018, Makeready, an Indie Studio bought the rights, so we will see how and when things will start moving in the right direction.

The author Gregg Hurwitz currently lives with his wife and two daughters in Los Angeles, where he is working on his next book and plays soccer in his spare time.