Last Updated on July 8, 2021 The Tess Gerritsen books in order include above all the author’s popular Rizzoli & Isles book series. It is probably the one series that everyone immediately thinks of when hearing the author’s name.

Tess Gerritsen is one of the most impressive medical thriller authors of today. Her acclaimed Rizzoli & Isles series is well known all over the world, and its publicity has led to the creation of the popular TV series produced by TNT in the US.

Here are the Tess Gerritsen books in order for her Rizzoli & Isles series and her standalone medical thrillers and romantic suspense novels. The series are listed in order of publication and reading order. 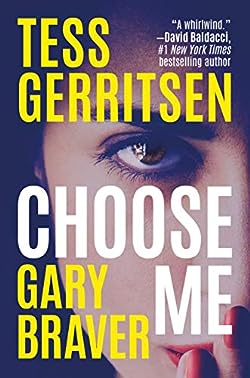 Homicide detective Jane Rizzoli and medical examiner Maura Isles are not yet together in this first book, unlike the TV series. Here Maura does not appear, and Rizzoli is there but only as a side character. When a young woman is found murdered in her home, which is eerily similar to another case Detective Thomas Moore investigated a year ago, the detective starts to begin there is a copycat killer on the loose, this time in Boston, one who is now nicknamed The Surgeon.

Rizzoli and serial killer Warren Hoyt have a dark past. And now, it seems that Hoyt is once again doing his evil work. So Jane decided once and for all to end his reign of terror and help bring him to justice. Little does she know that suddenly she is, once again, Hoyt’s target while the world is watching. And why does Special Agent Gabriel Dean seemingly know more than he tells?

The chapel of Our Lady of Divine Light holds the secrets to a dark crime, one where a nun is dead and the other is horribly injured. When medical examiner Maura Isles does the autopsy, she reveals a shocking fact. The nun gave birth before dying. Now Jane and Maura join forces in stopping an ancient horror from further destruction.

Just outside Maura’s home there is a body. But not just any body. She looks just like Maura, like a twin sister, all the way down to the blood type and birth date. When Maura finds out that the woman is, in fact, her twin sister, she now has to dig deep into her past and find the answers that will reveal the truth. Before that, however, she has to find her own mother, one that she doesn’t know.

Maura Isles has seen a lot, but this is new even to her. She is just about to start working on a new corpse when said corpse opens her eyes. The woman is not dead yet, so she is rushed to the hospital for saving. But once at the hospital, she is no victim at all. She kills a security guard and takes several people hostage, among them also a very pregnant Jane Rizzoli. Now it is up to Maura and Jane’s husband, FBI agent Gabriel Dean, to find out who the killer is and what she actually wants before it’s too late.

When a young woman’s body is found, the crime scene also contains in blood the following words: I have sinned. Now Jane and Maura are finding some strange connections to the Mephisto Club and to Jane’s nemesis Joyce O’Donnell, an evil professional psychiatrist, who is in need of help. There is a killer on the loose and it’s either the Club summoning evil itself, or the killer is someone in their own group.

There is an old mummy at the Boston’s Crispin Museum, one which has garnered interest anewed. Except, when Maura Isles makes a shocking discovery, it turns out the mummy is something much more recent, a victim of a crime rather than someone from ancient Egypt. Soon another body is found in the same museum, and it is all too clear to both main characters that there is a killer prowling the museum looking for his next victim.

Maura is in Wyoming at a medical conference and going on a ski trip for fun. Soon the SUV is stranded in the mountains and there seems to be no help around in the small town of Kingdom Come. The town is empty, and everything seems to point to the fact that everyone simply vanished without a trace. And yet, there are some footprints that show that the town is not entirely empty. Someone is watching the group from the shadows, and soon Maura and her group disappear as well. When Jane hears the news that Maura’s body has been found burned, she doesn’t believe it, but to find the truth, she must confront a sinister killer who will stop at nothing to get his next victim.

When a woman is found dead with her arm removed, Jane and Maura have to go back to the past, to 19 years before, to a case of murder-suicide. A witness from back then is still alive, but she is not talking. There is an evils secret that she dares not even mouth, for the evil is now after her. And it might not even be fully human.

Teddy Clock is one lucky guy. Two years ago he was the only survivor of his family’s massacre. Now his foster family has also been murdered, and again, he’s the only one who survived. Homicide detective Jane Rizzoli is hell-bent on kipping Teddy safe, so she sends him to Evensong boarding school, a safe haven for young victims who survived. Except, it seems even Evensong is not safe for Teddy or other children tucked away in that place.

Boston Detective Jane Rizzoli works a case where a big game hunter was found murdered in his apartment, along with his white snow leopard. Medical examiner Maura Isles finds a connection to other cases with similar tragic ends, and this takes Jane all the way to Botswana, where she ties all this to a case 6 years ago, where an entire team of camping safari group was killed. Except for one survivor, one whom now Jane is desperately trying to find.

I Know a Secret

A woman is found dead on her bed without an apparent cause of death. But her eyes are now in her palms, and she grotesquely seems to hold them. The woman is the producer of some horror films, and it seems this is the reenactment of one of her scenes in a movie she produced before. When a second victim is found in another grotesque position, the two main characters know they have a serial killer roaming around. There is a third woman chosen by the killer, but the woman, who knows she is next, doesn’t want to talk. There is a secret she knows but is too afraid to reveal, even if it’s too late for her.

Born in San Diego, California, to Chinese American parents, she studied anthropology at the Stanford University where she got her Bachelor’s degree in 1975. Next, she went to the University of California, San Francisco where she earned her medical degree in 1979. From early on, she wanted to be a writer, however, her parents dissuaded her, being worried about the lack of good earnings from writing books.

So after getting her medical degree, Tess moved to Honolulu where she started practicing medicine. She worked as a medical practitioner (often in a part-time capacity) for about 10 years before she fully dedicated her time to writing.

Her love of writing remained with her, however, so while on maternity leave, she started writing short stories. When submitted her short story to the Honolulu Magazine’s, she earned a $500 award and first place in the contest. This is when she decided that that writing should mean something more to her than just a side hobby.

Her first books were romances because these were the type of books she liked to read. For a while romantic thriller was the genre she mostly focused on, starting with Call After Midnight, the first book that was published by Harlequin.

In 1996 Tess Gerritsen changed genres from romantic thrillers to full-blown crime and medical thrillers. Her first medical thriller was sparked by a conversation she had with an ex-cop who told her a story about kids disappearing from the Moscow streets. The authorities speculated that the kids were kidnapped by the Russsian mafia and were sent abroad for organ donation, a highly illegal activity anywhere.

As she could never forget that horrific story, the author started soon to work on her first novel, Harvest, which soon after publishing in 1996 jumped up to become #13 in the New York Times bestseller list. This gave her the confidence to push forward and establish herself as a medical thriller writer with a huge following.

Before starting the Rizzoli & Isles series, she wrote several standalone thriller novels including Life Support, Bloodstream, and Gravity, with all the books becoming popular with critics and readers.

The first Rizzoli & Isles book, The Surgeon, was published in 2001. The series focuses on homicide detective Jane Rizzoli and medical examiner Dr. Maura Isles, a strong duo who solves case after case in each book. The stories and details in the books draw from the writer’s medical experience along with knowledge of police procedure.

In 2009 the Tess Gerritsen books for the homicide detective Jane Rizzoli & Isles series have been picked up by TNT to spark the production of a television series. While the author was already well known in the various reading circles, the TV show gave her additional exposure and skyrocketed the sales of her books. I for one am hooked on the series and never miss the latest book as soon as it comes out.

I have even read a fanfic story set in an alternate universe with alternate history. These stories are well-worth checking out while waiting for the next books.

The latest Tess Gerritsen book departs from the usual medical or romantic suspense genres. The Shape of Night, published in 2019, is a paranormal gothic mystery/thriller standalone novel about a woman who retreats to a quiet coastal town in Maine, where there a seria killer is at work. At the same time, she seems to have some ghostly visitations that she can’t shakeup.

The Tess Gerritsen books have been so far translated into over 35 languages. Because in the UK the publisher is different from that in the US, some of the book titles differ in the two countries. the author, a former doctor, is now completely retired from medical work and is dedicating all her time to writing full-time her Rizzoli and Isles series. She currently lives in Maine with her family.

3 Responses to “Reading the Tess Gerritsen Books In Order”