Reading the James Patterson books in order means delighting in his popular Alex Cross mystery series. Of course, the author has written several other series including his Women’s Murder Club and the Michael Bennett series, but nothing comes close to Alex Cross by far. This might change with the latest James Patterson series, Ali Cross, featuring the adventures of Alex’s son, Ali.

Here are all the James Patterson books in order for all his crime/mystery/thriller series, listed in chronological and reading order, with the year added for each book.

The Alex Cross series is so popular that I have dedicated a separate page only for this particular series, not only listing the books in order, but also discussing a bit about the books. With over 20 books published so far, there are lots of books to catch up to if you are new to the Alex Cross universe.

To not clutter the list on both pages, since the Alex Cross list of books is pretty long, I have added a separate page for it. 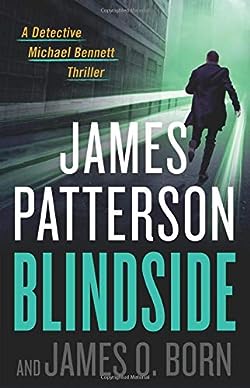 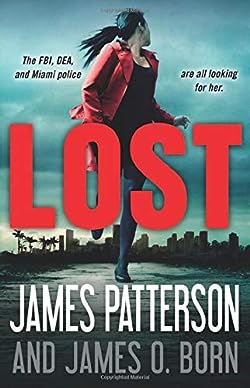 What Are James Patterson’s Best Books?

I’m certain that everyone has their own list of what they consider the best books by James Patterson, but there are a few that I have noticed lots of readers (including me) love above all.

James Patterson himself considers his book The Black Book, one of his best by far. In an interview in 2017, he mentioned that “it is the best work I’ve done in twenty years.”

Kiss the Girls, the second Alex Cross book, is pretty darn good too. I remember reading it back in the day, and it was one of the books that got me hooked on this crime mystery author.

On Goodreads, some readers consider The Angel Experiment (the first book in the Maximum Ride series) as one of the top choices to start reading the author’s books with.

My personal 5 favorites in any reading order you choose are:

Which ones are your favorites?

While in the process of earning his Ph.D. at Vanderbilt, he shifted gears after a year instead and went to work in the advertising business. He became a junior copywriter for J. Walter Thompson, the well-known advertising agency, where he eventually became the CEO of the North American company.

In 1976, while still working at J.W.T, he got his first novel with the title The Thomas Berryman Number published by Little, Brown and Company, a book which won the Edgar Award for Best First Novel after being turned down by no less than 31 publishers. Here’s to perseverance!

His first Alex Cross novel, Along Came A Spider was published some 20 years later in 1993. From the time he published his first book, James Patterson has written around 150 novels, out of which some 115 books became New York Times bestselling novels.

Several of his books have been close collaborations with other authors, such as  Maxine Paetro, Peter De Jonge, Mark Sullivan, Andrew Gross, Michael Ledwidge and Ashwin Sanghi.

Along Came A Spider has been turned into a movie in 2001 featuring Morgan Freeman, while in 2012 and Tyler Perry got to play the role of Alex Cross instead. While I enjoyed both movies, I am a bit biased towards the first one since Morgan Freeman is one of my most favorite actors ever.

With close to 100 books written today, he is an author that has something for everybody, be it a child, young adult or mature person. His books range from thrillers, crime mystery, paranormal, sci-fi, romances to picture books for kids, so often times to read the James Patterson books in order you need a proper listing for all his series.

Along Came A Spider is the first book I’ve read by James Patterson and I remember I was instantly hooked. Since then I’ve caught up to everything he has written in the crime mystery genre, and he has become in the meantime one of my favorite authors ever, along with names like Douglas Preston & Lincoln Child, James Rollins, Kathy Reichs, Harlan Coben, John Sandford and David Baldacci, among others.

If you are a crime mystery book lover, I strongly recommend (if you haven’t already done so) the following series: Alex Cross, Women’s Murder Club, Michael Bennett and Private, NYPD Red and even Maximum Ride, which is a dystopian, sci-fi young adult thriller series. His latest series is evolving around Luc Moncrief, a French detective who joined NYPD. These are series that will keep you reading for ages.

So what is the new James Patterson book? There are several, actually. He wrote a new thriller with the title The President is Missing, a book which was co-authored with ex-president Bill Clinton.The book was published in June 2018, and Showtime has already bought its TV rights. The date for the TV series is yet unknown. The story is about a sitting US president who goes missing, and it will have great details about the presidency, which comes from Bill Clinton’s personal knowledge of the White House.

Then he wrote with Candice Fox the fourth book, Hush Hush, in the Harriet Blue crime mystery series. He is continuing the Women’s Murder Club series, and in 2019 he wrote another standalone novel, Out of Sight.

He is also working together with managers of Albert Einstein’s archives to create a new a series for kids inspired by the major discoveries by Albert Einstein.

In addition, the author James Patterson is regularly giving grants to independent booksellers across the US. At the end of 2017, he donated $350,000 in grants to over 300 booksellers, which is $100,000 more than the years before.

All this is part of the author’s Holiday Bookstore Bonus Program run through a partnership with the American Booksellers Association. The author is personally choosing the winners from independent bookstores all over America.

The James Patterson Middle School series is one for the young adult readers. The novels in the series are currently up to 12 starting from Middle School: The Worst Years of My Life.  These books can be read by the entire family from children to adults, as they are quite funny, and the people involved in the stories are mostly young students, teachers, and families. There are lots of secrets and a treasure or two to discover as well.

The author’s FBI series titled Invisible became a series only recently with the second book published in 2019. The first book was released back in 2014. The fans of the Alex Cross series can now enjoy more adventures with Ali Cross, Alex’s son who has his own series now as of 2019. The original Alex Cross series is not dead, however, as new stories are still coming in every year.

One Response to “James Patterson Books In Order”