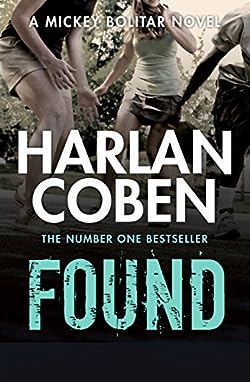 Beautiful, intelligent, sensitive: Jared had everything about Prince Charming.

However, he does not show up at the meeting that Ema – who met him on the Internet – has set him up. Faced with the mystery of this love which, immediately met, evaporates, Ema can count on a friend of weight: Mickey Bolitar.

At first skeptical, Mickey will be convinced by Ema to lead the investigation.

And the facts will prove them right: two new disappearances of young people, stars of the basketball team of which Mickey belongs, come to shake the school.

Shaken by the death of his father, a case that remains unresolved, forced to move to his uncle Myron Bolitar, Mickey, isolated, lets talk his instinct: these events are related.

If he does not quickly discover who is responsible, this case is likely to be the last of his young life.