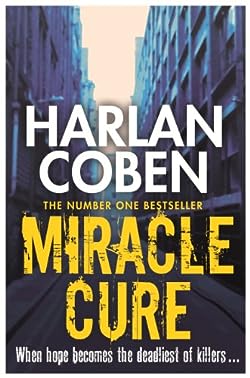 A highly secure New York clinic. A doctor who commits suicide. Patients brutally murdered. Coincidences? Plot? What if the upcoming announcement of an extraordinary medical discovery triggered this deadly wave? Sara Lowell, a prominent young journalist, is leading the investigation.

But her revelations could well make her the next victim of a mysterious serial killer … War of pharmaceutical lobbies, political machinations, media pressure, lies … At the heart of a debate still as hot, a scary thriller and terribly realistic by the one who would become the master of your sleepless nights.

A stunning, controversial, nonstop thriller that careens through the inner halls of high-stakes medical research, the upper echelons of Washington politics, and the steamy streets of Bangkok, on the trail of a dangerous and deadly cure for AIDS.