Last Updated on September 13, 2021 Val McDermid is the well known Scottish crime mystery author of the popular Tony Hill & Carol Jordan series, which includes currently 10 books. The last book in the series is Insidious Intent. She has 3 additional series, all in the crime mystery series genre.

If you love the works of Ian Rankin, Ruth Rendel, James Lee Burke and Reginald Hill, reading the Val McDermid books in order for each series is a must for any crime mystery enthusiast.

Here are all the books for the various series, standalone novels and other writings of Val McDermid listed for each in order of publication and reading order. 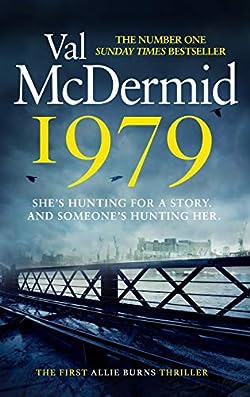 Allie Burns Series in Order of Publication and Reading

Lindsay Gordon Series In Order Of Publication and Reading

Kate Brannigan Series In Order Of Publication and Reading

Karen Pirie Series In Order Of Publication and Reading

The author Val McDermid was born in Fife, Scotland in 1955, where she spent most of her childhood. At the age of 17, she moved to Oxford where she was accepted at the St Hilda’s College, which was quite the culture shock for both sides, due to the common language barrier.

She always wanted to write and after college, she pursued her goal first by training for two years in Devon, after which working for 14 years as a journalist in Glasgow and Manchester. While working in Devon she wrote her first novel which was soon turned into a playscript for the BBC radio.

In 1987 her first official book, Report For Murder (which would be the first book in the Lindsay Gordon series) was published, and this was her launching pad to a successful career of crime mystery writer, a career she is still faithful to until today. With over 30 books under her belt ranging from 4 different crime mystery series to standalone novels to short stories, children stories, and even non-fiction books, the author is one of the most popular British contemporary mystery authors today.

Her Tony Hill series has been adapted to a TV show called Wire In The Blood with Robson Green playing the main character.

In her books Tony Hill is a clinical psychologist, Lindsay Gordon is a journalist, Kate Brannigan is a private investigator and Karen Pirie is a detective chief inspector. Val McDermid classifies her books in the Tartan Noir crime fiction from Scotland.

In addition to writing books, Val McDermid also contributes columns to various British newspapers. Over the years she has received several awards for her writing, including the CWA Gold Dagger, the LA Times Book Award, the CWA Cartier Diamond Dagger, as well as the Pioneer Award by the Lambda Literary Foundation. In 2009 she has added to the Hall of Fame of the ITV3 Crime Thriller authors. Her books have been translated into over 30 languages and have been sold in more than 11 million copies all over the world.

One Response to “Val Mcdermid Books In Order”