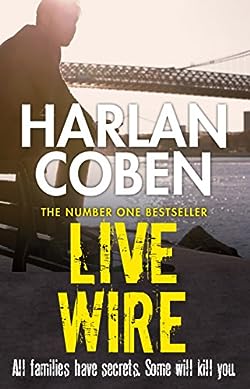 The inimitable Myron Bolitar is back, and he’s about to find out that the ugliest truth is better than the prettiest of lies as a secret from his family’s past suddenly emerges. Myron’s mysterious, estranged younger brother Brad disapears, only to leave Myron with his son – a teenaged boy that Myron didn’t even know existed.

When former tennis star Suzze T and her rock star husband, Lex, encounter an anonymous Facebook post questioning the paternity of their unborn child, Lex runs off, and Suzze – at eight months pregnant – asks Myron to save her marriage, and perhaps her husband’s life.

But when he finds Lex, he also finds someone he wasn’t looking for: his sister-in-law, Kitty, who along with Myron’s brother abandoned the Bolitar family long ago.

As Myron races to locate his missing brother while their father clings to life, he must face the lies that led to the estrangement – including the ones told by Myron himself.