Last Updated on June 1, 2022 The Ruth Galloway series by Elly Griffiths is a strong addition to the archaeological mystery genre, with the first released dr. Ruth Galloway book called The Crossing Places published in 2009.

Currently, with over 10 books in the series, Elly Griffiths started the dr. Ruth Galloway series inspired by her husband who switched from a city job to become an archaeologist. Here are the Elly Griffiths books in order of publication for each of her series and standalone novels. 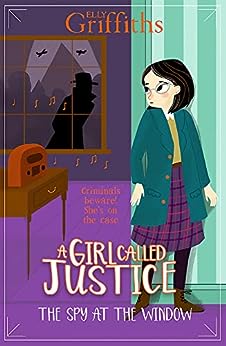 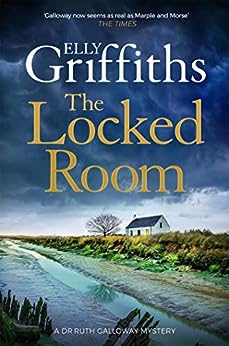 Elly Griffiths (real name Domenica de Rosa) was born in 1963. She is a British author living in Brighton, who is most popular for her archaeological mystery series about dr. Ruth Galloway,  a forensic archaeologist living with her two cats in a Saltmarsh cottage who is involved with a married detective and have a child together.

While the series is her most popular work to date, the author has written several other books under her real name, Domenica de Rosa, and has recently started a new series called DI Stephens & Max Mephisto, with two books published to date.

As a child, she spent most of her time in Norfolk visiting her aunt, a place that became the setting for her popular archaeological mystery books. 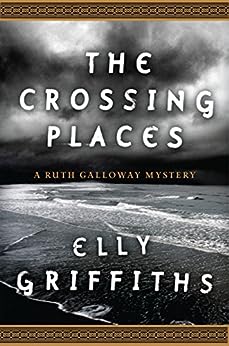 The first book in the dr. Ruth Galloway series, which is also her first crime mystery novel, The Crossing Places won the Mary Higgins Clark Award, and the rest of the books in the series have been short and longlisted for various awards including the Theakston Old Peculier Crime Writing Award and the CWA Dagger in the Library Award.

The author gets her inspiration for her books from her husband, who gave up banking in the city to retrain as an archaeologist and currently enjoys digging up bones and finding out their history. Elly Griffiths herself has an interesting in history, archaeology, myths, and legends.

When not writing, she likes to swim, read and see plays at the theater.

Ruth is a forensic anthropologist who is living in her cottage near Norfolk with her two cats – when she is not digging up graves and bones linked to archaeology, that is. 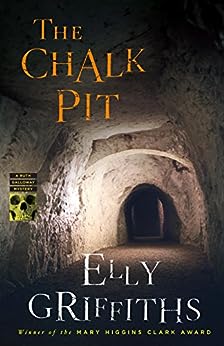 In The Chalk Pit, the 9th book in the series, Ruth discovers that some boiled bones in some underground tunnels in Norwich are pretty recent, so the case is are not archaeological in nature. Thus, DCI Nelson realizes that the case is actually a murder investigation involving homeless people.

The story is fast-paced and there is always lots going on in the book. Ruth has to deal with some homeless people (called rough sleepers in the UK), and the way the author depicted these poor people entices lots of sympathy for them. These are all real folks who once had a real past, a real job, real talents, hobbies, and families.

The characters from the previous books in the dr. Ruth Galloway series return as well, so it’s nice to see once again some familiar faces who share lots of history together.

Dark Angel, which was out early 2018, takes Ruth to Rome to investigate a group of bones in a tiny hilltop village near the Italian capital. Ruth decides to take a much-needed vacation and flies to Italy to Castello Degli Angeli along with her daughter Kate and friend Shona.

While she is trying to recover from her shock of meeting Harry Nelson, the ancient mystery her right into a more contemporary murder case that could endanger Ruth’s own life.

The Stone Circle, out in 2019, takes us back to the beginnings, when Ruth first started working with DCI Nelson, and brings us back to the early story that started the whole series, The Crossing Places. When Nelson receives a creepy letter which very much looks like those old ones that were sent to him by Erik Anderssen, he teams up with dr. Ruth Galloway to work the new case which turns to be old, thus allowing them to close a long-forgotten cold case. As the new dig site that the letter directs him, holds another dead body. Just like in the past. This time, however, the bones belong to a child who disappeared back in 1981.

So far, Elly Griffiths has also written one standalone novel, and has started a new series titled Justice Jones, with four books out so far.

The dr. Ruth Galloway mysteries include so far 15 books, with the latest, The Locked Room, out in 2022.

Should we read the Ruth Galloway books in order?

I have read the book series in order and I’m glad I did. First of all, I love archaeological mysteries, loved them ever since I’ve read the Amelia Peabody series, and when forensic anthropology is also involved, well, count me in! I got hooked right away.

The stories in each book are standalone, however, the interaction between the main characters (namely Ruth and Detective Chief Inspector Harry Nelson) are not. They have a rather complicated relationship which we get to entangle thread by thread through each of the novels. There’s nothing dr. Ruth Galloway hates more than amateur archaeologists, and they pop in the novels every now and then, not to mention there is a dead body every time.

The book series is a very light mystery, nothing scary or gross going on there (despite the main character being a forensic anthropologist). It is not really your typical murder mystery either, however it does pull you in. And, it’s not a cozy mystery either.

Personally, I recommend that you read the Elly Griffiths books for the Ruth Galloway series in order. And while you are at it, do pick up the Stephens and Mephisto historical mystery series as well, as they are well-worth reading.