Last Updated on November 25, 2021 Reading the Anne Perry books in order is quite the feat, for the mere reason that the author has written so far over 60 books, many of which are part of 4 major series, while several others are standalone novels.

Here are all the Anne Perry books in order of publication for each of the series, with the chronological order listed in brackets. 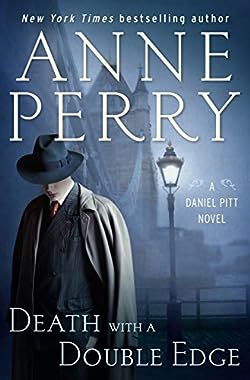 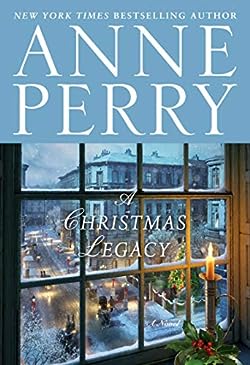 William Monk is a police inspector working with the Thames River Police. Over the years he raises in ranks to become a private inquiry agent and then superintendent

World War I Series In Order

Set of mysteries that take place during WWI

Anne Perry (website) is is a British historical mystery author is best known for her Thomas and Charlotte Pitt series and her William Monk series.

Her latest novel is called Tripple Jeopardy and it is part of the Daniel Pitt mystery series. Daniel Pitt is the son of Charlotte and Thomas Pitt, who have their own long-standing series as well.

The author was born in 1938 in Blackheath, London as Juliet Marion Hulme. In 1954, as a teenager, she was convicted for allegedly helping murder her friend’s mother, and after serving her 5-year sentence, she legally changed her name to Anne Perry, using her stepfather’s surname.

Her father, Dr. Henry Hulme, was a physicist. As a child Juliet was diagnosed with tuberculosis, and since a cure for that disease was not much available at the time (vaccines had only been introduced as general treatment in the early 1950s, and the antibiotic streptomycin was first included in 1944), the family decided to send their daughter to a warmer climate in South Africa where she would stay with relatives.

When her father was appointed Rector of Canterbury University College, Juliet joined her parents in New Zealand. She was 13 years old.

The turning point in her life happened when she was 15 years old. Juliet had a best friend called Pauline Parker and the two girls were inseparable. When her parents were on the verge of splitting, Juliet would be forced to move away and leave her best friend behind. Pauline also wanted to move to South Africa with her friend Juliette, but her mother wouldn’t let her.

Soon the girls devised a plot to kill Pauline Parker’s mom so the two girls could remain together no matter what. During one of their walks in the park, Juliette dropped intentionally an ornamental stone, so her friend’s mom would pick it up. While doing so, Pauline would hit her mother over the head with a brick stone, thinking that this would do the trick. Eventually, her mother died after over 20 hits.

The two girls were soon found guilty and as they were both minors, the death penalty was off the table. Eventually, both were released after 5 years spent at Mt Eden women’s prison in Auckland. The two friends apparently had no longer any contact with each other since then.

Once Juliette was out of the prison, she changed her name to Anne Perry, hoping that the past would never catch up with her. Eventually, however, it did, and the truth about her was revealed soon after the movie Heavenly Creatures was released in 1994.

As Anne Perry once mentioned in an interview:

I had to give up my past – the hardest thing imaginable – and begin life in my new identity as Anne Perry, knowing even a tiny slip could unravel everything,” she says. She became a Mormon and moved to a small, secluded community in Scotland.

Over the last 40 years, Anne Perry has written over 40 books, which made her popular all over the world as a famous writer in the historical mystery genre.

Most of her books deal with issues of morality, sin, repentance, and forgiveness. Her books all draw from her experiences as a teen and how could they not. She went through something that most people would never go through in their entire lives.

Regardless of her past – or maybe because of it – Anne Perry is a wonderful and successful writer and her books bring joy and long hours of entertainment to thousands – if not millions of readers all over the world.