Here is the list of the Louise Penny Gamache books in order publication, starting with Still Life, her first book in the series. Do note that some of the books have been published under different names in different countries. If the case, then I will list both names for the same novel. The publication year is listed next to each book in the Gamache series. 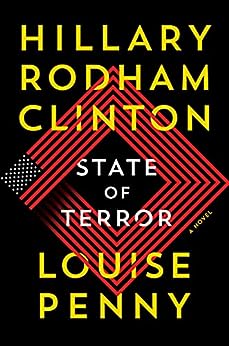 Should we read the Louise Penny books in order?

Having read most of the Louise Penny books a while ago, and the latest two murder novels only recently, I don’t feel it’s essential to read the Louise Penny books in order – well unless you’re a stickler to reading the book list in chronological order like me, no matter what. They do stand on their own nicely, each with their own plot to murder someone dead.

The author makes a good job of explaining in each book if anything is important from the past, so you don’t feel overwhelmed with lots of stuff that you should have read before reading the current book.

However, for the sake of character development and getting to know the beautiful people a bit better, I’d say why not – if you can pick up the Louise Penny book list and read each book in order, do it, even if just to learn more about Armand Gamache, his wife, and the Three Pines village a bit more in each book.

If you get them out of order though, not such a biggie. As Louise Penny herself put it, it’s not necessary to read previous books – but it is recommended. They make for relatively light reading (the nature of the characters involved in solving the murders has nothing seriously gory in them). So check out the Louise Penny reading order above and follow it, including the short novella.

Louise Penny was born in 1958 in Toronto, Canada. The love of reading crime mystery books was in the family as her mother would live such novels all the time.

Louise enrolled at the Ryerson Polytechnical Institute from where she earned a Bachelor of Applied Arts (Radio and Television).

After graduation, she began working as a radio broadcaster for the Canadian Broadcasting Corporation, a position that she had for 18 years. After she got married to Michael Whitehead, head of hematology at Montreal Children’s Hospital, she stopped working, choosing instead to devote her time to writing.

The author’s first book would have been a historical novel, but as she didn’t feel any calling for the genre, she soon switched to crime mystery, a genre that is working for Louise Penny very well even after all these years.

In 2013 author Louise Penny was made a Member of the Order of Canada for her important contribution to Canadian culture. This order is only second to the Order of Merit in Canada.

The author currently lives in a small village just south of Montreal called Knowlton alone, since her husband died in 2016. Her books won her numerous awards over the year. From 2006 onward she won at least an award, if not more, every single year. Only her first novel, Still Life, won all these awards: the New Blood Dagger award, the Arthur Ellis Award, the 2007 Anthony Award, the Barry Award, and the Dilys Award. Some books have also earned Louise Penny the Agatha Award and the Macavity Award, and many were nominated for the Edgar Award and the Agatha Award.

The Louise Penny books show that serious psychological books can easily hide inside a commercial genre. There is a deeper faith and hope that the author’s book radiate from within.

About the Louise Penny Books

In Louise Penny’s popular book, Glass Houses, Armand Gamache, who is by now a Chief Superintendent of the Quebec Provincial Police (Sûreté du Québec), encounters a tall, hooded figure standing unmoving in the greens of the village for three days, a foreboding of something dark and sinister, and a murder of a body discovered by Armand’s own wife, Reine-Marie Gamache, in the church basement. Armand couldn’t do anything to remove the figure because no crime has been committed with regards to it.

Next, we meet Armand at the stand testifying about a murder that was committed about the same time the dark figure appeared at the doors of the village. he Three Pines, the idyllic village will be soon shaken by murder, revenge and dark secrets that Armand Gamache must uncover before it’s too late.

I loved Glass Houses by Louise Penny, but I have to admit that the first half of the book was not up to the author’s usual standards. However, much to my delight, the pace picked up soon after and I, once again, became enthralled by the Louise Penny’s usual flowing style.

Not sure if I mentioned it before, but just recently I got a chance to watch the 2013 Louise Penny movie adaptation by CBS based on her first novel, Still Life. The movie has the same title as the book. The movie featured the village Three Pines, just like the Armand Gamache books, and Armand, of course, was there as well in a leading role cast by Nathaniel Parker.

The Still Life movie adaptation turned out to be great, it was a fine translation of the author’s first book in the series. However, for some reason, I expected something a bit more. I can’t put my finger on what that was – maybe the main character’s British accent, which I didn’t feel that was belonging in Canada all that much. Still, it was a darn good movie. And the author Louise Penny being an executive producer for the film I’m sure helped with making it as close as possible to the book a lot.

The Nature of the Beast was so far probably my favorite Louise Penny book. Laurent Lepage is just a nine-year-old boy, but one with a strong imagination. And all of it revolves around alien abductions, death, murder, and all sorts of other nasty things. The proverbial crying wolf is what everyone in town things it’s going on. Until it’s not. Because Laurent goes missing and there is a reckoning to deal with after that. Could it be that what some of the boy’s blabberings were true? There is a major search going on to find him everywhere, out in nature, in the woods, down south, up north, but what they come across is nothing less than death, murder, and complete betrayal and reckoning.

55 Responses to “List Of Louise Penny Books In Order”