Reading the Katia Lief books in order is a real pleasure for any fans of books by Karin Slaughter and Tess Gerritsen.

She is the author of several thriller novels including two popular series, Karin Schaeffer, and FBI Agent Elsa Myers, written under her pseudonym, Karen Ellis.

Here are all the Katia Lief books in chronological reading and publication order. 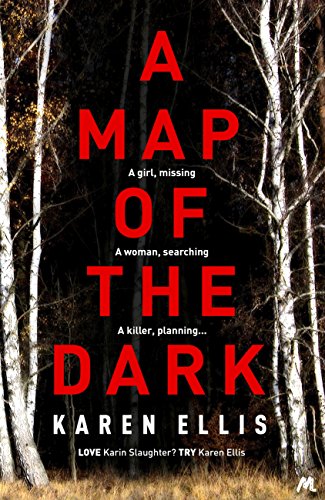 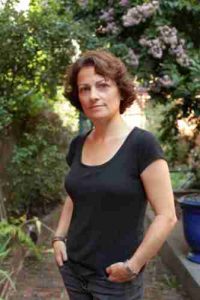 Katia Lief was born as Katia Spiegelman in 1959 in France to American parents. As a baby, she moved with her family to the US where she has lived ever since. She was raised in  Massachusetts and New York.

At the age of 15, she enrolled at the Simon’s Rock Early College. At the age of 19, she graduated from Sarah Lawrence College, following which he moved to France for half a year before returning to the US.

She got a job in publishing, after which several other jobs in various businesses, including being an assistant, a freelancer. Next, she earned her master’s degree in literature and creative writing, and publisher her very first two books under her maiden name. At some point, she also worked as a secretary at Simon & Schuster publishing house as well.

Under her name Katia Spiegelman, she wrote two standalone books, of which her popular one was Peculiar Politics, published in 1993. The book was reissued under the title Peculiar Politics: Love, Sex & the Wrong Bride in 2005.

Besides writing novels, Katia has also been teaching fiction writing as a part-time faculty member at the New School in Manhattan since 1992.

The name Katia Lief is the author’s married name, under which she also writes books. Under this pseudonym, she has been writing novels since 2010.

The Karin Schaeffer series by Katia Lief is probably the author’s best-known series. The first book in the series, You Are Next, was published in 2010, and the last book, The Money Kill (aka Dead Rich) in 2013. 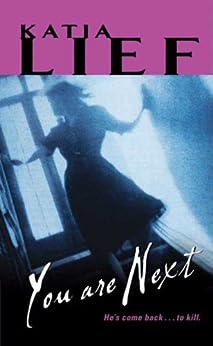 You Are Next features former homicide detective, Karin Schaeffer, whose family was murdered by a ruthless killer called the Domino Killer, who made it his job to kill family members of his targets one by one until everyone is dead.

Now, that the killer is behind bars, with her niece still missing, Karin has to figure out whether there is a copycat killer on the loose, or the Domino Killer had a partner who is still keeping her niece, Suzanna, captive (or did he kill her already?).

The book has plenty of flashbacks to Karin’s life before her husband and daughter, to their death, their time in court, so the reader is not thrown into the deep without any background of what drives Karin.

In the second book in the series, Next Time You See Me, Karin has moved on from her biggest pain in the world, and now is married to her ex-partner, Mac MacLeary, who left the police department to take a job at a security company as an executive. They have a small son together.

When Mac gets a call that his parents were murdered, he rushes to see what is going on, but all he finds is a murder from an apparent botched robbery. One morning, when Mac heads to work, never arrives there and disappears, with nobody being any wiser as to where he is.

When she once believes to have seen her husband at the Miami airport, she hires a private detective to try to find him, if he really is still alive. And what the PI will find, will change her life forever.

In Vanishing Girls, the author’s third book in the Karin Schaeffer series, Karin is now working as a private investigator. If you’ve read book #2, you will know that Mac is back in her life. Here, Mac now has the flu, so Karin heads to the pharmacy to get him some medication,

However, on the road, she sees a crime scene worked by Billy Staples, a friend who has PTSD. The case he is working on is about a serial killer called Working Girl Killer because he kills prostitutes. Karen, invariably, gets involved in the case to help her friend with the investigation, which brings grave danger to her own family, once again. 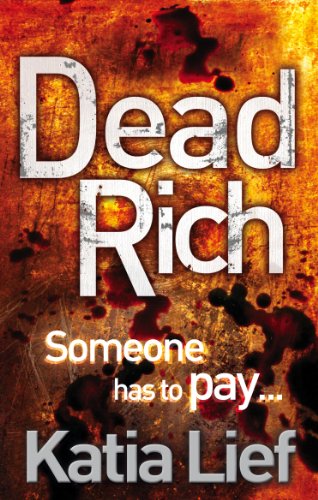 The Money Kill, the latest Katia Lief book in her Karin Schaeffer series, deals with a conspiracy Karin and her husband, Mac, get involved in. Karin and Mac are working together at the PI agency that Mac is running, where Karin is working for him.

They have just put behind them all the horrors and dangers they went through in the previous books, so now they are trying to breathe somewhat easier. Until Cathy Millerhausen hires Mac to investigate her husband, billionaire Godfrey Millerhousen, whom she believes to have an affair with someone else.

When he finds nothing to confirm the affair, he puts the case on hold and takes on an easy case that takes him to London. He sends his family to Sardinia for a well-deserved vacation, but when he no longer hears from them and can’t contact them at all, he knows that something is very, very wrong.

The author’s latest series, FBI Agent Elsa Myers, aka The Searchers, is written under the name Karen Ellis. Currently, it only includes one book, which is published in 2018 with the title A Map of the Dark.

In the first book of the series, Elsa is specialized in finding missing people as part of the  Child Abduction rapid response team. When she is asked for help about a teenage girl going missing from Forest Hills, Queens, she can’t refuse, even though her own father is sick and dying in a hospital.

As this particular abduction case drags on with nothing to show for, seems to bring to surface everything Elsa has experienced in her own traumatic childhood.