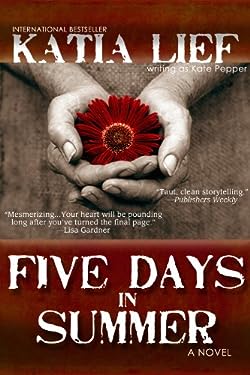 Five days until the perpetrator strikes again In the parking lot of a supermarket, a young mother disappears. When her husband wants to file a missing person’s report, the police does not take him seriously. Only John Geary, an ex-FBI agent, is alarmed.

Exactly seven years ago, another woman was kidnapped. Five days later, her seven-year-old son disappeared. And never appeared again. Unlike his mother. But she has not spoken a single word since.

Before the long drive home from vacation on Cape Cod, Emily Parker made a quick run to the grocery store…and disappeared. She is missing, kidnapped from a car park in broad daylight and the police are clueless as to her whereabouts. Emily has five days left. Five days of waiting. Five days of hell. Five days before the killer returns for her son…