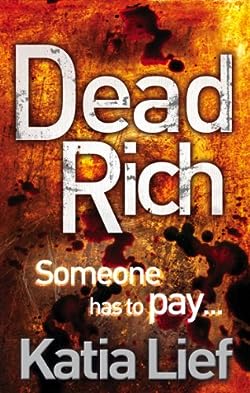 He knows what you love most. And he wants to take it from you.

Former New York City police detectives-turned-Brooklyn private investigators Karin Schaeffer and her husband Mac survived when brutal terror invaded their lives more than once. Now the offer of thirty thousand dollars for one day’s work in London, followed by a family vacation in an exotic locale, seems too good to be true. And then they discover that it is.

An unusually high fee, an anonymous client, a trip to Europe: her new case leads ex-policewoman Karin Schaeffer and husband Mac to London, on the track of a money laundering scandal.

While the two are investigating, their children travel with their colleague Mary to Sardinia. But when the parents come along, every trace is missing of the three. And now, the planned family vacation becomes a nightmare. And the more days pass, the greater Karin’s fear of losing what she loves most.