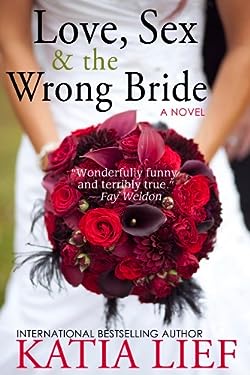 Dawn and Hank’s breakup is so fresh that she can see the tan line where her engagement ring used to be. She is still in love with Hank, who dumped her for Christine-and they’re living together now. But when Dawn realizes how much Hank misses her, and might even regret their breakup, the game is on.

Dating in 1980s Manhattan is confusing enough. Then Mike Blitsky-a.k.a. Mike Mauvais of “Misled Mike’s Marvelous Men,” a transvestite escort service-bursts into Dawn’s life when she becomes the editor of a tell-all memoir he’s writing to pay for his legal defense.

Unbeknownst to Dawn, Hank is Mike’s lawyer, defending him against charges of running a male prostitution ring. Dawn’s friend Katherine, a doctoral student in eighteenth century literature, is hired to do research for Mike’s book. With everyone working at cross purposes, the result is a modern day comedy of errors that doesn’t wind up until the wedding bouquet goes flying in the final scene.