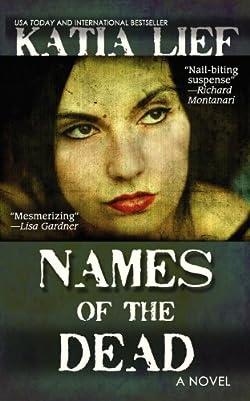 Names of the Dead

Award-winning journalist Darcy Mayhew thinks she has faced her worst nightmare when her beloved husband dies in a car accident. But after moving to New York City with her teenage son to begin their lives anew, she discovers she has a stalker. Not only is the worst yet to come, but her husband’s death may not have been an accident after all.

He knows where she lives. He knows her family. He wants her all to himself. Two years after her husband’s accidental death, Darcy gained a foothold in New York as a reporter. When she finds out about a controversial mafia story, she suspects: This could be the big breakthrough. But then Darcy himself becomes a victim. With calls, mails and reenactments, a stalker makes life hell for her and her son. When the persecutor films Darcy’s meeting with a secret informant and puts the clip on the net, the latent threat becomes a deadly threat