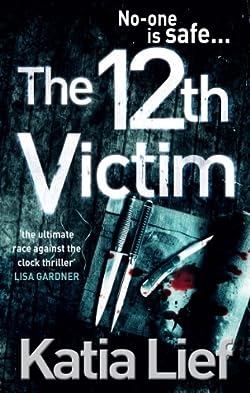 The only witness. Nobody knows what she saw. He kills women with a rare hunting knife, always in the same way: He’s after prostitutes and keeps Brooklyn on full edge.

By accident, ex-policewoman Karin Schaeffer gets involved in the investigation into the mysterious series of murders. When another dead person is discovered, for the first time ever, a witness to the crimes is found: a little girl in the snow – unconscious and seriously injured.

At home police finds the parents’ bodies. Karin knows that if the child does not wake up soon, there will be more deaths. Then the killer hits again – and this time the victim is Karin’s Nanny.

Lief moves to the head of the class with Vanishing Girls, as the apparent reemergence of a fiendish serial killer on the night streets of Brooklyn threatens to destroy everything and everyone Karin loves…again!