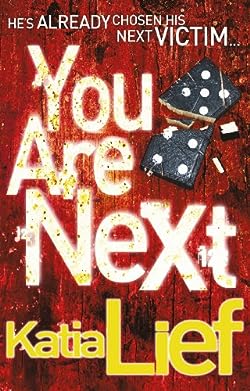 YOU ARE NEXT is the taut, roller coaster tale of a serial killer’s surviving victim—and her determination to turn from hunted to hunter.

An ex-cop with a death wish. A serial killer with a gruesome agenda…

Detective Karin Schaeffer was a happily married mother until she got too close to catching a serial killer.

The press nickname him The Domino Killer because he systematically murders whole families, leaving a trail of bloody dominoes as the only clues to his next victim. Having brutally slain Karin’s husband and child, he left her a chilling message scrawled in her daughter’s blood: YOU ARE NEXT.

But now the Domino Killer has escaped prison and the police believe he’s on his way to find her.

And Karin is waiting…