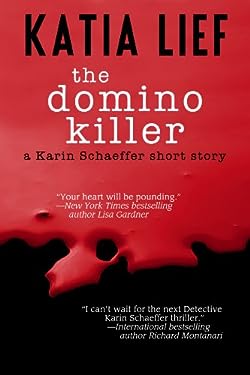 Martin Rice, whose name is the “Domino Killer” in the press, is killing a whole family in a highly systematic way, and leaves every piece of dominoes with clues as to who the next victim will be. Detective Karin Schaeffer, who uncovered the identity of the Domino Killer, has already been selected as the next victim by Martin Rice.

The Domino Killer, who thought that his work would not be completed without lifting a family altogether, left a message written on the bathroom mirror and the detective’s daughter’s blood after killing Karin’s husband and daughter …It’s your turn.

Rice, captured before completing the work, is now a shadow of Karin, who forbids him to forget the past, and is almost upon his life. And as Karin pulled into the darkness from day to day, she learned that Rice had escaped from prison