James Swain is the author of various crime mystery series including Tony Valentine, Jack Carpenter, Peter Warlock, and Bill Cunningham, the latest of which is still being updated with new books today.

Here are the James Swain books in order of publication and reading order. 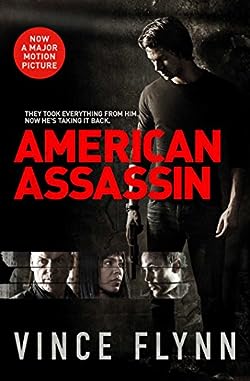 The American crime fiction author James Swain (website) was born in 1956 in  Huntington, New York. From a very young age, Jim had a fondness for everything to do with magic. He also excelled at school in his studies.

After graduating from the New York University, he began working as a magazine editor and screenwriter. Following his move to Florida, he started an advertising firm which proved to become quite successful.

Before he began writing books, Jim Swain was well known as a magician, one of the best card-handlers in the world, and an avid gambler. In an interview for one of his books, he mentioned that he prefers to keep these sides of his life private in order to not tarnish his success as a well-known crime mystery author. Still, he is an excellent magician. The way he learned how to cheat casinos was while teaching magic tricks to grifters, and this knowledge stuck with him forever.

It comes to no surprise that many of the James Swain books draw from the author’s experience in these eclectic occupations. For example, the Tony Valentine series is set in the world of gambling and scams. Tony himself is a retired cop who was once working the beat in casinos.

Now that he is retired, he started offering his consulting services to casinos in Las Vegas in catching casino cheaters and helping them figure out how they are getting ripped off.

The latest James Swain books also focus on a conman, Billy Cunningham, who loves scamming people at the casinos in Las Vegas. It is interesting to note how the author switched from a series that dealt with a cop (Tony Valentine) who was going after cheaters to start a series that tells the story from the side of a casino cheater. Basically, Billy Cunningham is the anti-Tony Valentine.

Billy has an entire team which works to steal from casinos. His credo is to never sell out his fellow crooks. In Super Con, the author’s latest Billy Cunningham novel, as the title implies, Billy is hard at work in creating the biggest con that casino world has ever seen. Except, as usual, things hardly go as planned.

This time around, Billy’s plans are thwarted by a Chinese crime lord, Broken Tooth, who wants Billy’s help to scam the Super Bowl itself. And if Billy doesn’t play ball, well, there is always the good old-fashioned blackmail.

In both his gambling-related series, James Swain shared ample details about gambling tricks, con games and ways to get away with crime. The author’s vast knowledge on the subject is obvious in his writing. There are times when he adds more info than it’s needed to successfully drive the plot forward. However, when you know something in and out, when you have an insider view, the desire to share with the world is quite strong.

In addition, there are several James Swain books that are nonfiction, all focusing on card magic. However, those books are beyond the scope of Mystery Series.

One Response to “James Swain”