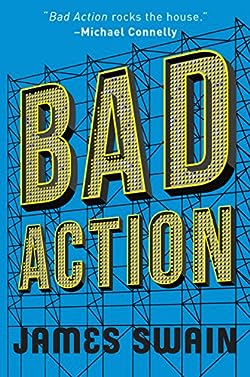 Con artist Billy Cunningham is no stranger to the casinos of Las Vegas—he’s ripped off every single one. But his latest scam—a year in the making—promises his crew their biggest payday yet.

Billy has thought of everything down to the last detail…or so he thinks.

He hasn’t counted on the father-son team of contract killers looking to cash in on Billy’s head. Or his old flame, Maggie Flynn, out for payback for her broken heart.

If Billy and his team can pass themselves off as high rollers for a week straight, living it up in Vegas’s most exclusive suites and box seats, they’ll get their chance to make their VIP status permanent. It’s the biggest scam of their lives—if they live.