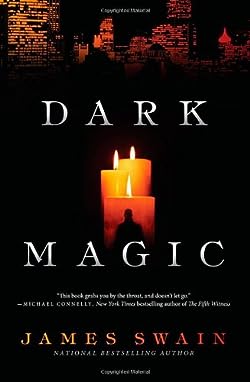 Peter Warlock is a magician with a dark secret. Every night, he amazes audiences at his private theater in New York, where he performs feats that boggle the imagination. But his day job is just a cover for his otherworldly pursuits: Peter is a member of an underground group of psychics who gaze into the future to help prevent crimes.

No one, not even his live-in girlfriend, knows the truth about Peter—until the séance when he foresees an unspeakable act of violence that will devastate the city. As Peter and his friends rush to prevent tragedy, Peter discovers that a shadowy cult of evil psychics, the Order of Astrum, know all about his abilities. They are hunting him and his fellow psychics down, one by one, determined to silence them forever.