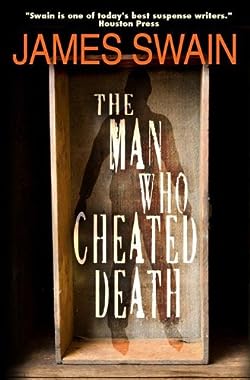 From the bestselling novelist the New York Times calls a writer of “Ingenious Entertainments” comes a dazzling thriller pitting the world’s greatest magician against a deadly killer who calls himself Death.

Can someone really predict the future? Magician Vincent Hardare does just that during a TV appearance. It’s all a trick, only the killer whose next murder he’s predicted doesn’t know that.

Hardare soon becomes the killer’s target, and must pull every trick out of his bag to save himself, and his family from becoming the killer’s next victims.

Filled with amazing magic and hair-raising scenes, author James Swain draws on his expertise as one of the world’s greatest magicians to deliver up a novel filled with hair-raising surprises.