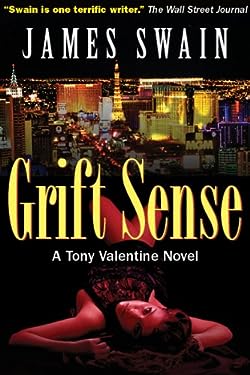 All too familiar with the eerie, totally paranoid, 24/7 universe is one-time Atlantic City cop Tony Valentine, who now runs a one-man consulting business he calls Grift Sense. To say of someone that he has that particular form of larcenous intuition, the author tells us, is “the highest compliment” one hustler can pay another. Grift sense means “that you not only knew how to do the moves, you also knew when to do them.”

And even if Valentine is 62 and settled in Florida, away from the action, he’s never lost his ability to “feel when a hustle’s going down, even if he doesn’t know exactly what it is.”

That’s why the Acropolis Resort & Casino is determined to lure him West to check out what looks like funny business going on between blond blackjack dealer Nola Briggs and a player named Frank Fontaine, who happens to be winning a little too steadily. Swain’s easy expertise with the world of gaming and gamblers makes Grift Sense into a fascinating guidebook, as well as a vivid debut in a series that so far has a flavor all its own.