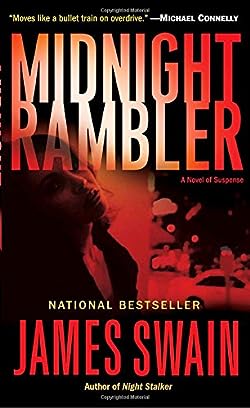 In South Florida, Jack Carpenter is infamous. He’s the cop who busted the notorious serial killer Simon Skell, aka the Midnight Rambler, and sacrificed his badge and marriage in the process.

Haunted by the Skell case, Carpenter now works as an abduction specialist in Fort Lauderdale, reuniting families with their missing children.

But the body of one of the Midnight Rambler’s victims has just been uncovered, and forensic evidence suggests Carpenter jailed the wrong man. With Skell just days away from release, the tarnished hero must reopen the case that shattered his life and the lives of eight murdered women.

As waves of heat and rain wash over the steamy streets, Carpenter races against the clock to reaffirm the case against Skell. Yet the deeper he digs, the more he starts to realize that Skell is just one piece in a terrifying puzzle of predation and murder, just one player in a shocking conspiracy that ranges across the state of Florida. And as the relentless Carpenter draws the net tighter, his enemies prepare to spring a devastating final surprise.