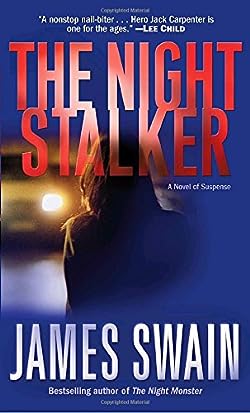 Abb Grimes is famous. Just ask the ghoulish tourists who flock to his former home to take photographs. Years ago, Grimes killed eighteen women, some never found. As the head of the Broward County Missing Persons Unit, Jack Carpenter was intimately involved in the Grimes case. Now, days away from execution, the notorious serial killer reaches out to ex-cop Carpenter with a surprising request.

Abb Grimes’ grandson was lured from his home. The cops are convinced the boy’s father–Abb’s troubled son, Jed–is behind the boy’s disappearance, but Jack’s not so sure.

With a personal connection to the kidnapped child, Carpenter takes the case, and that’s when the situation goes from terrifying to fatal. There’s another gruesome murder, and once again the evidence points straight to Jed. Have the unspeakable sins of his father taken root within this troubled young man?

Carpenter races against time and a police department that wants his help but rejects his aggressive style as he searches through an underworld of predators, assembling the jagged pieces of a depraved puzzle, desperate to put an end to a murderous stalker’s blood-soaked rampage.