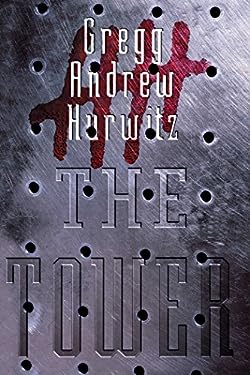 Greg Andrew Hurwitz’s debut novel is a hard-hitting, breathtakingly suspenseful novel of a traumatized prisoner’s ‘impossible’ escape from jail and his quest for revenge.

No one has ever escaped from the Alcatraz-like ‘Tower’, a forbidding vertical prison surrounded by the cold Pacific waters near San Francisco. That changes with the disappearance of the brilliant, devious, and deranged Allander Atlasia, whose drive for revenge is too powerful to be contained. Damaged by a criminal sexual attack as a child, Atlasia sets out on a path of cold-blooded retribution against all who have hurt him, a trail that eventually leads back to his parents.

His chilling motto, repeated over each new victim, is ‘see no evil, hear no evil, speak no evil.’ Outwitted by his clever game of cat and mouse, the authorities, at last, concede that only someone who can get inside the mind of this pitiless serial killer can capture him. Ex-FBI agent and Private-Eye Jade Marlow, with a record of irrational behavior and violence, may be the only man who can play him at his own deadly game.

Greg Andrew Hurwitz’s debut thriller is tautly plotted and written in a tough hard-knocks style. Supremely devious, The Tower will imprison readers in a world where suspense and terror reign and the hunted must turn hunter to survive.